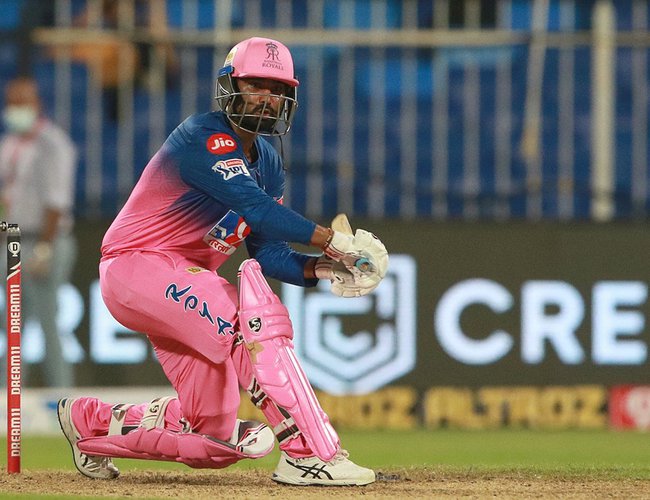 For the longest time during Rajasthan Royals’ (RR) chase of 224 in their sensational 4-wicket victory against Kings XI Punjab (KXIP), it seemed Rahul Tewatia would remember the day as one of his worst. “That was the worst first 20 balls that I have ever played,” he said at the end of the match.

Promoted to bat at Number 4 in what would turn out to be the highest ever run chase in IPL history, Tewatia would have been looking for a place to hide when he had been on 8 off 19 balls. Sanju Samson (85), in red hot form at the other end, and the Rajasthan dugout fidgeted as the pinch-hitter failed to put bat and ball.

Things changed in the 18th over, with RR still needing 51 in the last 3 overs and a struggling Tewatia joined by new man Robin Uthappa.

Tewatia, on 14 off 21 balls, suddenly found his touch. Sheldon Cottrell was smashed for five sixes in an over — almost all of them pulled with might to the fine leg and midwicket areas by the left-hander. Suddenly, with 30 runs plundered off the over, RR’s equation had come down to a much more manageable 21 to get in 2 overs.

“I was hitting the ball very good in the nets, so I had belief in myself and kept going. I was not hitting the ball well initially, I saw in the dug-out, everybody was curious because they know that I can hit the ball long. I thought I had to believe in myself. It was a matter of one six, after that, I got going,” said Tewatia after the match.