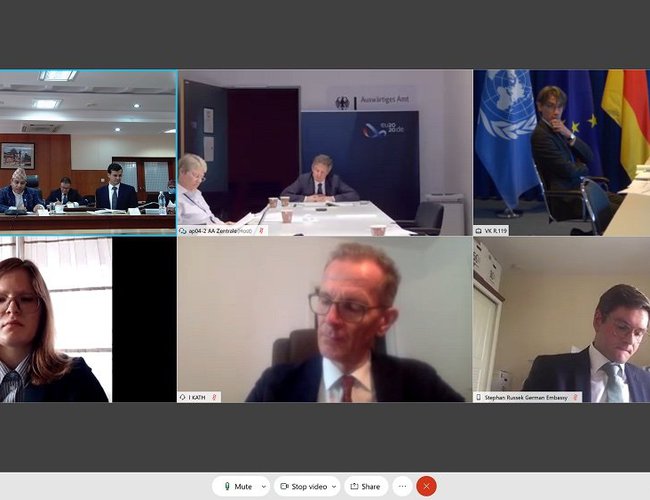 The second meeting of the Nepal-Germany Bilateral Consultation Mechanism was held virtually today. Foreign Secretary Shanker Das Bairagi and State Secretary of the Federal Foreign Office Miguel Berger led their respective delegations to the meeting. During the meeting, the two sides took stock of the overall state of the bilateral relations and cooperation between Nepal and Germany.

At the outset, the two sides shared views on the challenges posed by COVID-19 and discussed various aspects of Nepal-Germany cooperation in the current context of the pandemic and future plans for economic recovery. Secretary Bairagi appreciated the continued German cooperation in Nepal’s development endeavors. Secretary Berger mentioned about the different modalities of cooperation being extended to Nepal.

The two Secretaries stressed the need for continuing interactions, including the exchange of high-level visits, between the two countries. They underscored the importance of enhancing partnerships in productive sectors, such as investment and trade. Foreign Secretary Bairagi briefed about the business-friendly policies adopted by Nepal and encouraged German businesses to explore the opportunities available in Nepal.

Matters of regional and global importance were also discussed during the meeting. The two Secretaries agreed to work together on matters of common interest, such as climate change, at various multilateral forums. Views were also exchanged on cultural relations, people to people contacts and connectivity, among others.

The meeting was followed by the annual meeting on development cooperation held at the level of the Ministries of Finance. 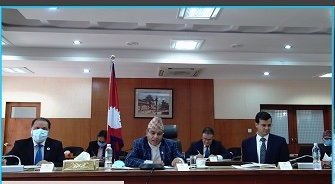 India Urges Nepal To Remove Encroachment From Border In Uttarakhand By Agencies 3 days, 2 hours ago