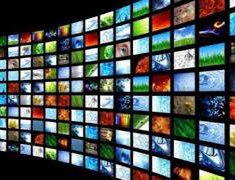 With the implementation of clean feed policy in Nepal, major international channels like CNN and BBC have said that they would not be able to broadcast reports The Rising Nepal. So far, 22 out of 92 channels have come to clean feed,” he said. He informed that the broadcasting of 32 channels under Star India had been stopped.

Most of the Indian news channels are unlikely to come. Other channels, including Aajtak, have said that they would not come under the policy. Also, channels like Astha and Sanskar are not coming.

These channels have said that there is no benefit in giving clean feed program in Nepal. According to Acharya, they could not provide clean feed program in the Nepali market. They have to produce separate content and program only for Nepal, which they have not been doing in rest of the South Asian countries, Acharya said.

When the sports channels were turned off due to clean feed, Nepalis could not even watch the Indian Premier League (IPL) of the season 2020. So far, 22 channels have come to clean feed, said Sudhir Parajuli, president of Subisu Cable Net Pvt. Ltd.

So far, 22 out of 92 channels have come to clean feed,” he said. He informed that the broadcasting of 32 channels under Star India had been stopped.

Twelve Zee, one Star and three Colors channels have come to clean feed. Although clean feed channels are being added every day, it seems that it will take some time for all to come, he said.

Foreign channels have started broadcasting as per the clean feed policy after the Advertising (Regulations) Act-2019 set a date of 23 October, 2020 for its compulsory implementation. In the initial one or two days, the channels went blank and even the customers and distributors were getting confused.

Forbes Listed Five Nepalis In Forbes’ 30 Under 30 From Asia By Agencies 12 hours, 11 minutes ago

Department of Passport Continues To Open On Sunday By Agencies 16 hours, 38 minutes ago