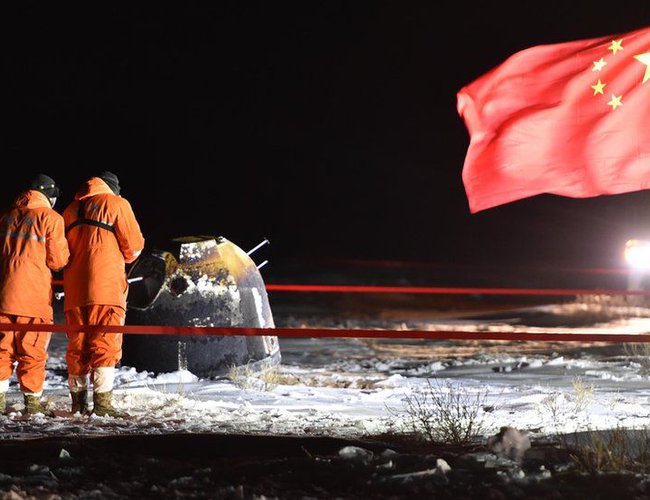 China's Chang'e-5 mission has returned to Earth with the cargo of rock and "soil" it picked up off the Moon.

It's more than 40 years since the American Apollo and Soviet Luna missions brought their samples home.

The new specimens should provide fresh insight on the geology and early history of Earth's satellite.

For China, the successful completion of the Chang'e-5 venture will also be seen as another demonstration of the nation's increasing capability in space.

Recovery teams were quick to move in on the returned capsule. It was first spotted by helicopters using infrared cameras. Support staff following up in SUVs planted a Chinese flag in the snow-covered grassland next to the module.

Russian Forces Claims Mariupol Steel Plant is Under Their Control By Agencies 2 days, 17 hours ago