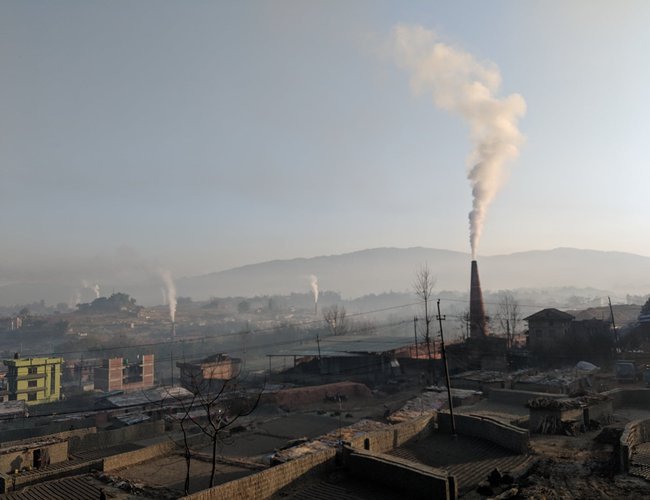 Air pollution in Kathmandu Valley reached the highest among the cities across the world on Monday and Tuesday (January 4 and 5 2021).

“This was for the first time the air in Kathmandu Valley has been found to be most polluted following the installation of Real-Time Air Quality Index (AQI) in 2016,” said Indu Bikram Joshi, Acting Director-General of the Department of Environment under the Ministry of Forest and Environment reports The Rising Nepal.

The AQI record crossed 400 on Tuesday within Ratna Park area, which is the most hazardous. In previous years, the air quality index used to be limited to 190 during winter reports The Rising Nepal.

He said that the air was still polluted on Tuesday. The department has also issued a press release altering people not to move outside in the morning and evening without any purpose. The statement asked older people with chronic diseases, including respiratory problem like asthma, cough and COPD to stay indoors.

Joshi said air pollution was high in Biratnagar and Nepalgunj after Kathmandu, with over 300 AQI in both cities Monday and Tuesday. The risk of air pollution due to open and waste burning is high during the winter as people often make a fire or burn waste to escape the cold, he said. The government has asked people to stop burning in the open to help control air pollution.

Due to COVID-19, most of the industries, schools and factories remain closed, but the AQI crossing 300 is unbelievable, Joshi said. He also urged people to wear a mask when going out of home.