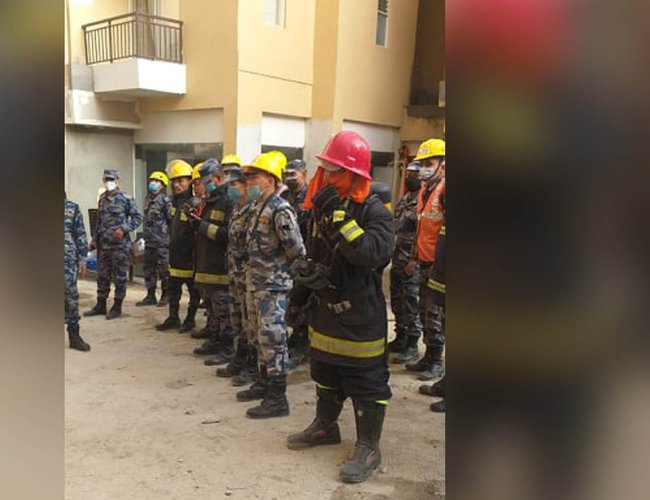 Police reported that the fire broke out at 1:40 PM at the basement and damaged the entire electric system of the apartment including elevator.

According to Deshsanchar, it took almost 2 hours to control the fire caused by the electric shock in the basement. Taking a risk, rescuer were able avert a human tragedy.