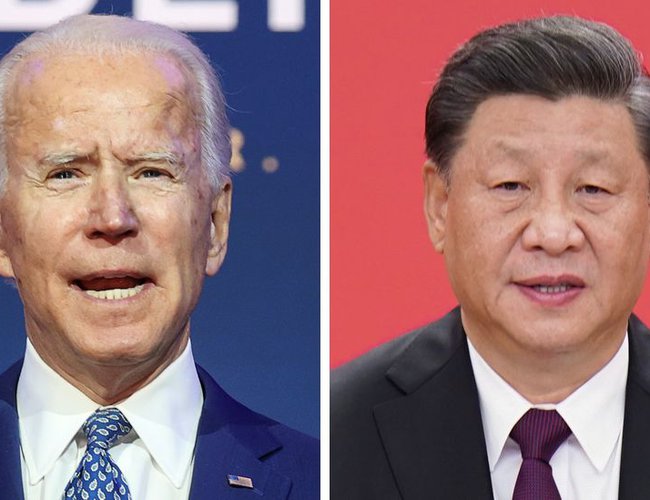 US President Joe Biden has raised the issue of human rights abuses in Xinjiang during his first call with Chinese counterpart Xi Jinping, the White House said.

According to Chinese state television, Mr Xi warned Mr Biden bad relations would be a disaster for both countries. Tensions have soared in recent times, over trade, espionage and the pandemic.

The China-US relationship is crucial to both sides and the wider world, with Beijing repeatedly calling on the new administration in Washington to improve relations which had deteriorated under Donald Trump.

The call came just ahead of the Lunar New Year, in what is being seen as a goodwill gesture.

After the call, Mr Biden tweeted: "I told him I will work with China when it benefits the American people."

In a statement, the White House said the president had "underscored his fundamental concerns about Beijing's coercive and unfair economic practices, crackdown in Hong Kong, human rights abuses in Xinjiang, and increasingly assertive actions in the region, including toward Taiwan".

China is accused by rights groups of detaining more than a million Uighurs in what the state calls "re-education camps" in Xinjiang province. There is evidence that Uighurs - a largely Muslim minority community - being used as forced labour and of women being forcibly sterilised.

The two leaders also exchanged views on countering the Covid-19 pandemic, as well as the shared challenges of global health security, climate change and the prevention of weapons proliferation.

China's state broadcaster CCTV said that the two "had an in-depth exchange of views on the bilateral relationship and major international and regional issues".