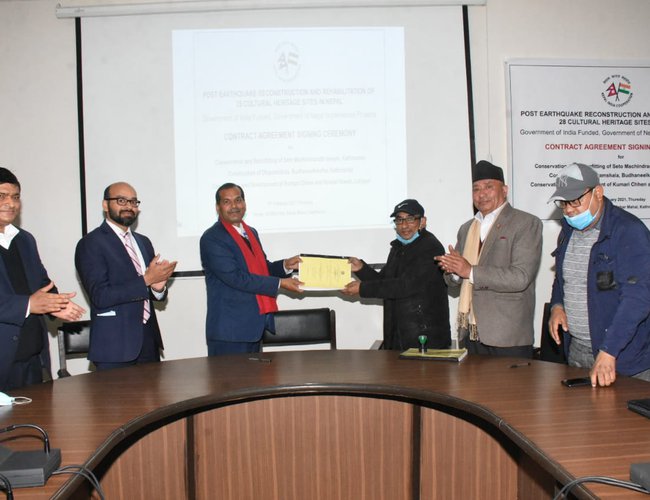 Three Contract Agreements were signed by the Project Director of CLPIU (Building) of National Reconstruction Authority and Contractors for conservation and retrofitting of Seto Machindranath Temple, construction of Dharamshala at Budhaneelkantha and conservation and development of Kumari Chhen and Kumari Niwas.

The signing event was witnessed by the Head of Development Partnership & Reconstruction Wing of the Indian Embassy, Project Consultant INTACH, officials from CLPIU (Building) and other stakeholders. 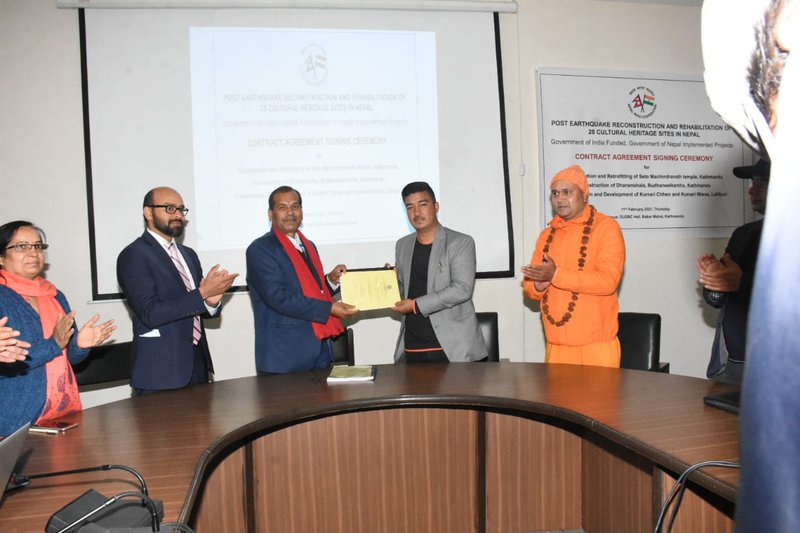 The projects are being implemented under US $50 million grant assistance committed by the Government of India for the post-earthquake reconstruction of the Cultural Heritage sites across 8 districts of Nepal.

The Seto Machindranath Temple is a significant living heritage site located in Jana Bahal in central Kathmandu. It is one of the main shrines of the protector God of Kathmandu Valley and is worshiped by both Hindus and Buddhists alike.

The conservation and retrofitting of the temple will be carried out at a cost of NRs 626 million. Located inside Ratnakar Mahavihara, the Kumari Chhen is a historic house of the living goddess of Patan.

The living goddess is central to the culture and traditions of the Newār Buddhist community and the Kumariniwas has an important place in the rituals associated with the living goddess. The conservation and development of Kumari Chhen and KumariNi was NRs 456 million.

Seto Machindranath temple and Kumari Chhen and Kumari Niwas will be conserved as per Nepal’s Ancient Monument Preservation Act with an effort to restore the two living heritage sites to their past glory and traditions.

Indian National Trust for Art and Cultural Heritage (INTACH) has been appointed as the Project Management Consultant for supervising the conservation and retrofitting and construction of these two projects will be working closely with the authorities of the Government of Nepal.

Dharmashala at Budhaneelkantha lies within the heritage precinct of Budhanilkantha temple locally known as Narayanthan. CLPIU (Building) of NRA is the implementing agency and the Dharmashala will be constructed at a cost of NRs. 334 million. 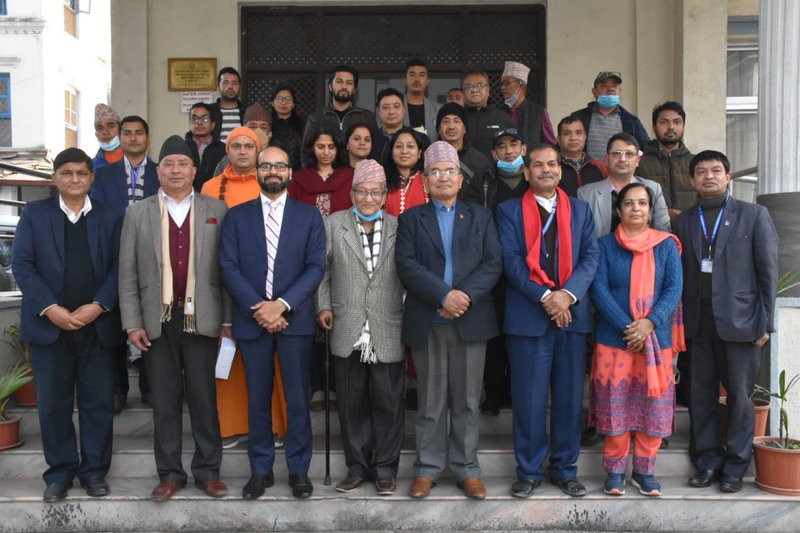 The Dharmashala is expected to facilitate the visit of pilgrims and tourists visiting the sacred temple. Earlier in November 2019, India also built a Mathadish building for the Budhanilkantha temple at a cost of NRs 21.8 million.

Advertisement Code Of Conduct Announced By Agencies 2 days, 7 hours ago