Internet Cut Off And Armored Vehicles Appeared In Myanmar’s Street

Internet Cut Off And Armored Vehicles Appeared In Myanmar’s Street 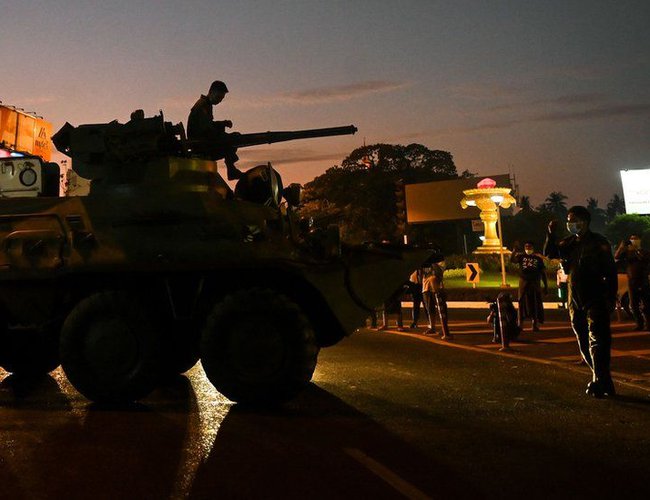 Armored vehicles have appeared on the streets of several cities in Myanmar amid signs the military is preparing a crackdown on opposition to the coup it carried out on 1 February.

In the northern state of Kachin, the security forces fired shots at a protest - the ninth day of anti-coup demonstrations across the country.

A UN official accused the military of "declaring war" on the people. Tom Andrews, the UN special rapporteur on Myanmar (also known as Burma), said the generals were showing "signs of desperation" and would be held accountable.

A statement signed by the EU, the US and the UK said: "We call on security forces to refrain from violence against demonstrators, who are protesting the overthrow of their legitimate government."

Ukrainian Soldiers Arrive In Britain For Tank Training By Agencies 1 day, 2 hours ago

Japan To Lower COVID-19 Classification On May 8 By Agencies 3 days, 1 hour ago