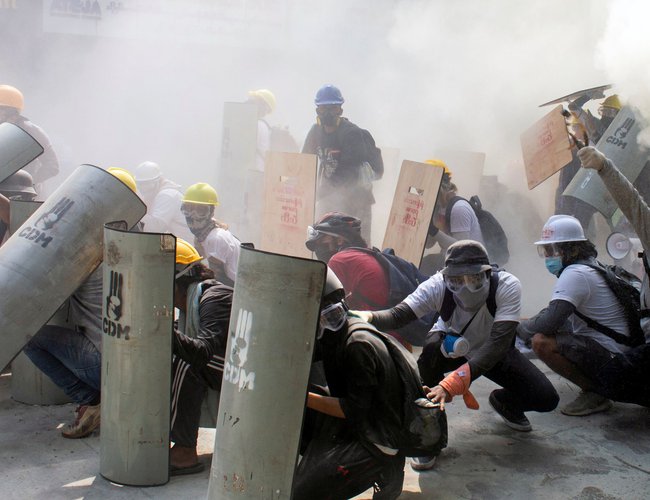 At least 15 more people have reportedly been killed in Myanmar while protesting against last month's military coup.

Myanmar's security police are stepping up their crackdown on the protests.

Law enforcement authorities opened fire on Wednesday in the largest city of Yangon, the second-largest city of Mandalay and in Monywa, a city in the central part of the country.

A witness in Yangon said security police fired machine-guns at protesters, resulting in a number of casualties.

Local media say 15 people were killed in four cities on Wednesday alone. The number is feared to rise.

More than 30 people are reported to have been killed in the protests, which have been continuing nationwide since February 6.

Deadly violence against peaceful demonstrators is likely to spark further criticism, both at home and abroad.