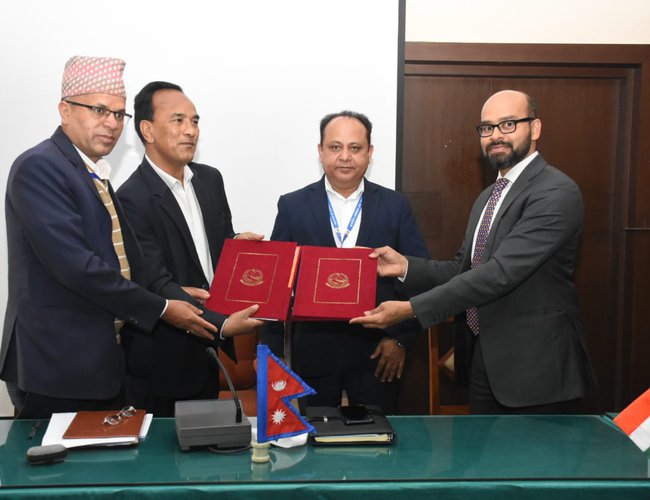 Head of Development Partnership and Reconstruction Wing of the Embassy of India, Ministry of Federal Affairs and General Administration and Butwal Sub-Metropolitan City, Rupandehi signed a Memorandum of Understanding (MoU) for construction of new school building of ShreeNaharpur Secondary School at Butwal-11, Naharpur inRupandehi.

The new school building will be built at an estimated cost of NRs 44.17 million under the Nepal-Bharat Maitri Development Partnership as a part of the High Impact Community Development Project scheme program of the Government of India.

Established in1971, Shree Naharpur Secondary School is affiliated to National Examinations Board (NEB). The school is providing education in the field of Education and Management at +2 levels. Currently, 1127 students are enrolled in the school and about 50% of which are girls students.

Since 2003, under the High Impact Community Development Projects program, earlier known as Small Development Projects, India has completed 446 projects in the areas of health, education, drinking water, connectivity, sanitation and creation of other public utilities in across all seven provinces of Nepal. Out of these, 41 are in Province-5, including ten completed projects in Rupandehi District and 9 projects are under various stages of completion in province 5 including one in Rupandehi District. 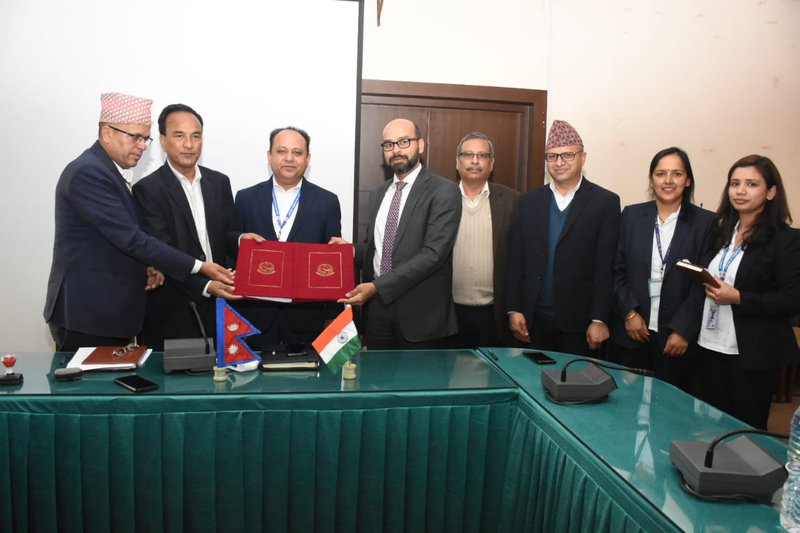 India is also reconstructing 71 educational institutions damaged during the 2015 earthquake in eight districts of Nepal under a reconstruction grant of NRs 5800 million. Eight schools have already been completed, work on 62 schools is ongoing and the Tribhuvan University Central Library project is under tender process.

As close neighbors, India and Nepal share unique ties of friendship and cooperation. Today’s signing of the MoU reflects the continued commitment of the Government of India in complementing the efforts of the Government of Nepal in creating infrastructure in priority sectors.