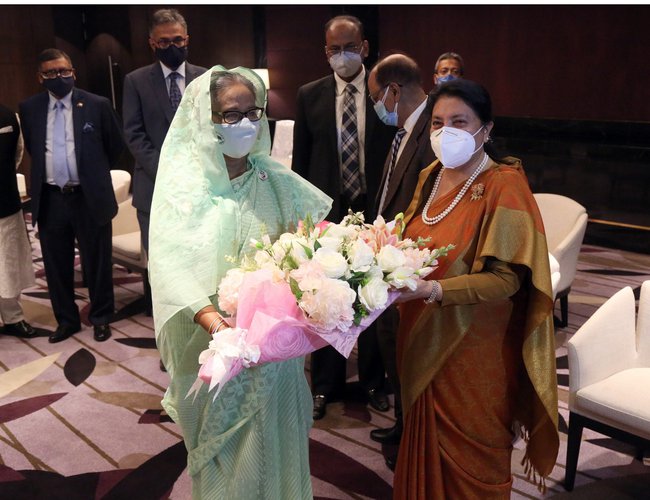 Prime Minister Sheikh Hasina Wajed of Bangladesh paid a courtesy call today on President Bidya Devi Bhandari who is on a two-day state visit to Bangladesh. The meeting was held at the Hotel InterContinental based in Dhaka, the capital of Bangladesh reports RSS.

Minister Dr Momen had paid a separate courtesy call on the President today. 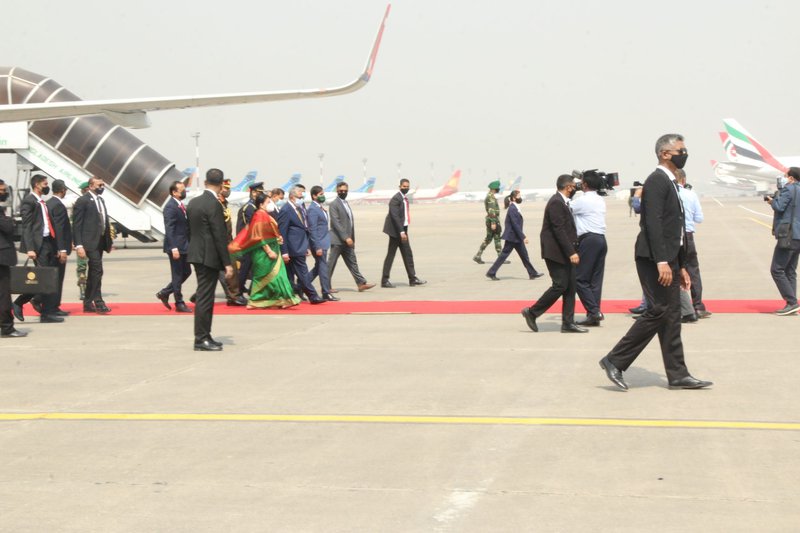 She is scheduled to hold a bilateral meeting with President Hamid and participate in a bilateral agreement signing ceremony today itself. During President Bhandari's visit, mutual agreements between the two countries on tourism, agriculture and culture are scheduled.

Nepal Army Collects Over 30,000 KG Of Wastes From Major Mountains By Agencies 21 hours, 9 minutes ago