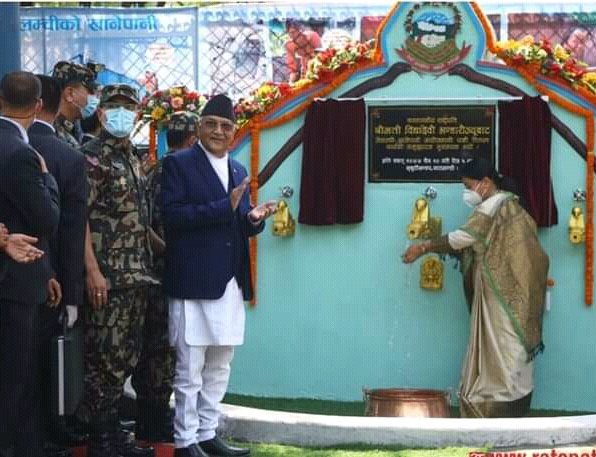 President Bidya Devi Bhandari has inaugurated the distribution of drinking water under Melamchi Water Supply Project in Kathmandu, on Friday.

The President formally inaugurated the project and distribution system in Kathmandu, following the arrival of the much-awaited Melamchi water, by releasing water through a tap constructed at Bhrikutimandap.

The water taps in Bhrikutimandap have been constructed to supply water 24 hours which will be available for public usage. Earlier, Kathmandu Upatyaka Khanepani Limited (KUKL) officials had inaugurated the water supply distribution in the valley by releasing 40 million litres of water to 98,000 households.

Forbes Listed Five Nepalis In Forbes’ 30 Under 30 From Asia By Agencies 1 day, 20 hours ago