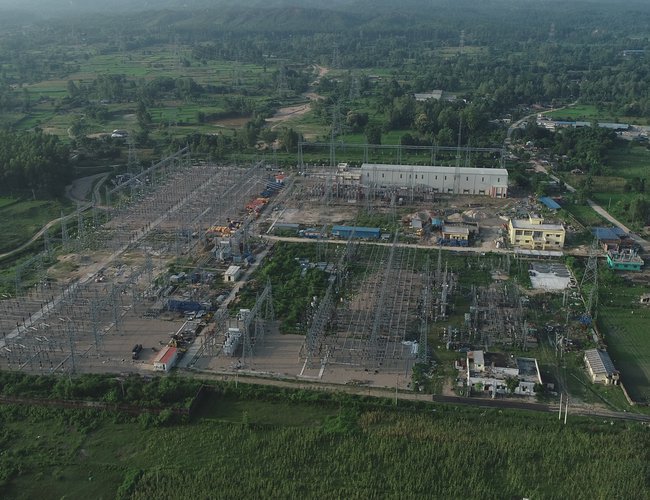 Following years of negotiation and agreement with India, Nepal Electricity Authority (NEA) is permitted to enter the Indian electricity market for energy trade. Although Nepal’s entry into the Indian market is a major breakthrough in terms of trade, a small section of people term it is a trade sold out.

At a time when Nepal’s electricity demand is growing and internal generation is shrinking, Nepal does have very few options: either to go for a prolonged hour of a power cut or to import electricity from India to balance supply and demand. 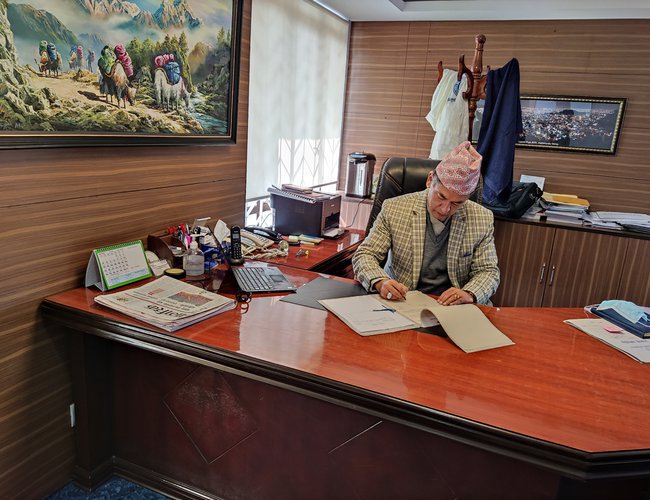 Nepal’s current peaking power demand is 1450 MW. However, Nepalese hydropower projects generate 775 MW of power. As all the projects are run of the river type, their power generation declines drastically during the dry session. In terms of energy, Nepal’s current demand is 29000 MWh and Nepal is importing 19300 MWh. This is over 66 percent of total energy consumption.

Given the current trend, Nepal has no option other than to import for supply and demand balance.

According to the interpretation, trade, of any kind, is a basic economic concept involving buying and selling of goods and services, with compensation paid by a buyer to a seller, or the exchange of goods or services between parties.

Trading globally between nations allows consumers and countries to be exposed to goods and services not available in their own countries. Almost every kind of product can be found on the international market: food, clothes, spare parts, oil, jewelry, wine, stocks, currencies, and water.

As a result of international trade, the market contains greater competition and therefore, more competitive prices, which brings a cheaper product home to the consumer.

Trade is also a give and take. If you are allowed to import, the country will also give you access to export as well. In that way, the recent agreement allowing NEA access to the Indian electricity market is a major breakthrough.

Nepal Electricity Authority (NEA) has started to import 200 to 250 MW of electricity in the energy exchange market of India through Dhalkebar-Mujaffarpur from Saturday (May 1) midnight.

“Following this, Nepal is the first country in South Asia to enter the Energy Exchange market in India,” said NEA MD Hitendra Dev Shakya. He said that NEA is able to enter the Indian market just after getting permission for being well prepared before.

NEA and NPTC have an agreement to import up to 250 MW from July-November, 300 MW December-April and 250 MW from May-June through Dhalkebar-Mujaffarpur Cross Border Transmission line. The PPA is expiring on 30 June 2021. 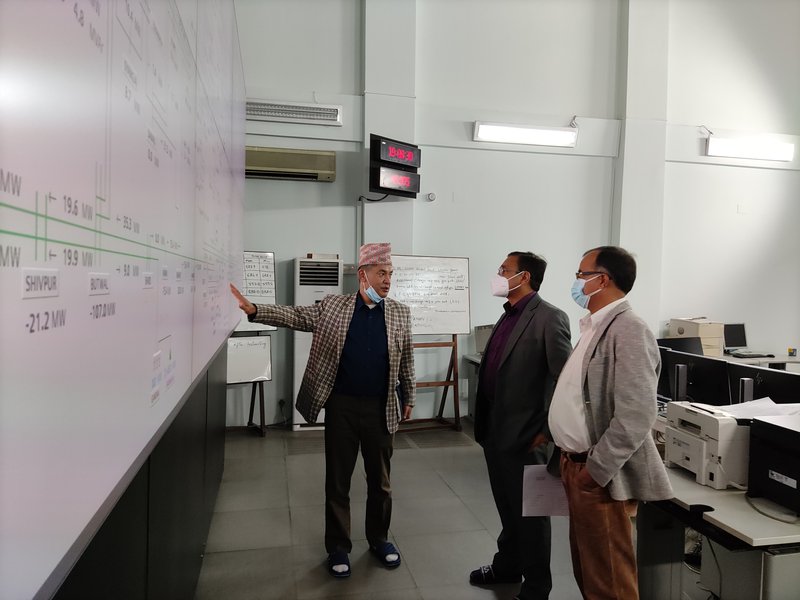 “For the importing of electricity from Indian Exchange market, NEA will deal with NVVN. NVVN will send the transaction detail every day before 6 PM to NEA and NEA will clear the bill five days after NDVN claims,” said MD Shakya.

NEA is planning to export the surplus electricity generated by 456 MW Upper Tamakoshi following its completion in the coming year. “Since Nepal is a part of the Indian energy exchange market and has entered the market, it will make it easier for export as well,” said MD Shakya.

Nepal Electricity Authority (NEA) has received authorization to purchase electricity from the Indian market. As per the Indian Minister of Energy, NEA is authorized to import electricity purchasing through the energy exchange market,

NEA was informed by India last week. Following this decision, Nepal is now a member of the Indian energy market. “This is a major milestone for Nepal’s energy development,” said NEA’s MD Shakya.

MD Shakya said that the decision paves the way for NEA to import electricity from the Indian market at competitive market prices as needed and without the interference of a third party. The decision has historic importance,” said MD Shakya. He also said that this is the first step to export electricity to Bangladesh through India. This is a major step for Nepal Bangladesh Electricity Trade.

“NEA has also sent a formal letter to India for the permission of export of Nepal’s surplus electricity to India. In the first phase, Nepal proposes to export electricity generated by 456 MW Upper Tamakoshi and 45 MW Bhotekoshi during the rainy season,” said MD Shakya.

MD Shakya said that India’s decision came at a time when Nepal’s power sector is facing a very tough time to balance supply and generation as power generation from the private sector has declined drastically due to lack of water caused by a long drought. “Following the decision, we have already initiated to purchase additional 30 MW electricity from India to fill the deficit in supply,” said MD Shakya. “We can manage the supply and generation if we are able to bring 30 MW from India,” said Shakya.

To maintain demand and supply, NEA’s system has been supplying an optimum 340 MW from RoR and 103 MW from Kulekhani, 200 MW from the private sector and 780 MW imported from India.

There is no problem in supply in the east of Dhalkebar. However, there is high demand in Kohalpur. Due to lack of transmission line and distribution infrastructures, there are problems for supply.

“Our last four years "s effort came true. NEA has entered into the power exchange market of India. This has opened avenues for exporting our wet season energy to India on daily basis. This has been successful due to the tireless effort of the NEA team, ministry and Indian counterparts for the last four years. Congratulation to NEA team, ministry, IPAN, NVVN, CEA, IEX, MoP, MEA (Nepal and India) and all concerned,” writes Kul Man Ghising, former MD of NEA on his facebook wall.

NEA hopes that the generation of 76 MW of electricity from the first unit of Upper Tamakosi from the middle of May can ease the current pressure of demand and supply. 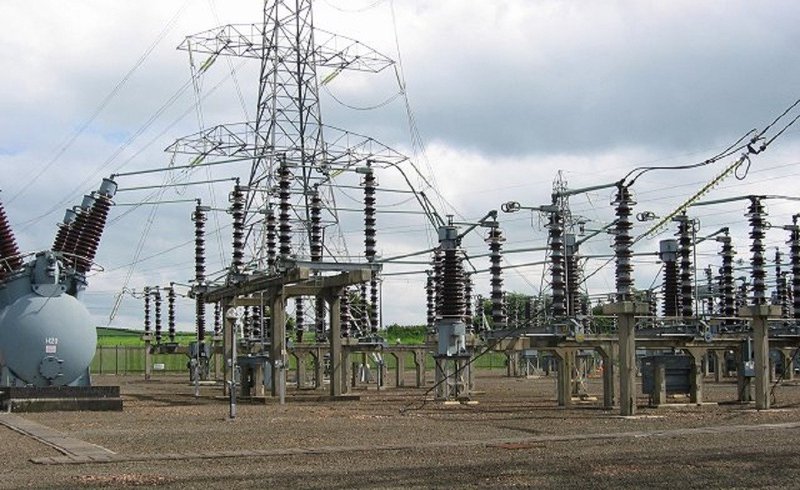 The following is the expression given by SN Goel, Chairman and MD of Indian Energy Exchange (IEX), from where Nepal started the first transaction by drawing power from 30 MW to 90 MW equivalent to 1.0407 GWh on April 18, 2021, one day ahead basis through 400 kV Dhalkebar-Mujaffarpur Transmission Line under the portfolio name NVVN_NEA. The price per unit came to be IRs. 3.55 including various charges and NVVN's trade margin. We are in the process of the sale of power, too, in this Exchange market as early as possible during the coming monsoon.
“Nepal India has already signed Power Trade Agreement (PTA) covering wide areas of power trade. After passing several rounds of the PTA, Nepal Electricity Authority (NEA) has signed the recent power exchange agreement with NTPC Ltd, electricity trading company and NVCN. Following this, electricity generated by Nepal will get easy access to the Indian market and Nepal also imports electricity from India wherever it likes. Despite this broader agreement in electricity trade, Nepal imports electricity from coming 3 to 4 years. We don’t wish to purchase electricity but it is a compulsion to do so to balance our supply and demand system,” said Prabal Adhikary.

“NEA expects that Nepal will have enough electricity to export in the coming three to four years and Nepal will not require electricity. Only after then, we will be able to export electricity,” said Prabal Adhikari, Director of NEA’s Electricity Trade Department. Under this agreement, Nepal will purchase electricity in mix rate. This is favorable for Nepal.

“For this, we need to prepare the infrastructure. For now, we have been using Dhalkebar-Mujafarpur 400 kV transmission line,” said Adhikari.

As Nepal’s hydropower projects are based on the run of the river, they just produce one-third of their capacities during winter. Thus Nepal will be a net importer for a few more years. This opens the possibility of energy banking.

ELECTRICTY DEMAND Managing Gap By A Correspondent 4 months, 2 weeks ago

NEA Resumes Importing Electricity From India By Agencies 5 months ago

PPA Will Not Be Signed Without Market Study: Minister Bhusal By NEW SPOTLIGHT ONLINE 7 months, 2 weeks ago