Severe inter-communal violence continued to wrack the country over Friday night and Shabbat, as riots, fire-bombings and assaults continued during the weekend.

US President Joe Biden has stressed the need for the Islamic fundamentalist group Hamas to stop firing rockets into Israel in his first phone call since taking office to Palestinian Authority President Mahmoud Abbas.

A statement issued by the White House on Saturday said that the two leaders "shared concern that innocent civilians, including children, have tragically lost their lives amidst the ongoing violence."

Another statement from the White House says that Biden condemned the "indiscriminate attacks" against Israel and reaffirmed "his strong support for Israel's right to defend itself" against rocket attacks from Hamas.

Amid the escalating conflict, the United States has sent a senior official to the region for consultations with countries in the region including Egypt and Jordan.

Severe inter-communal violence continued to wrack the country over Friday night and Shabbat, as riots, fire-bombings and assaults continued during the weekend.

In Jaffa, two Arab children were burnt, one severely, when a petrol bomb was thrown into their residence in the Ajami neighborhood.

Although suspicion initially feel on Jewish extremists, Channel 12 reported that the police now suspect Arab extremists of the attack who were seeking to attack a Jewish home but mistakenly attacked an Arab family instead.

The family’s 12-year-old boy is now hospitalized in Sheba Medical Center's children's ICU in serious condition, ventilated and unconscious with burns to his face.

MDA medics evacuated the boy and his 10-year-old sister with a head wound to Sheba in Ramat Gan.

“They were sitting on on the couch and then suddenly we saw a bottle thrown at us,” the boy's father told Channel 12..

“We took him to the bath immediately, he was completely burnt… They burnt my son.”

Security footage from the area showed two men in hoodies fleeing the scene. Police have opened an investigation into the incident.

Molotov cocktails were reportedly thrown at two additional houses in the neighborhood, but caused no damage to persons or property, while additional searches of the area revealed that the rioters had apparently left behind more Molotov cocktails.

Tensions continued in Lod over the weekend as well, with riot police and the Shin Bet arresting some 30 Arab rioters on Shabbat, including 12 suspected of shooting at police forces and the possession of weapons and petrol bombs, of whom two were minors.

Police also stepped up security outside synagogues in the city which have been a target for rioters.

Israel Border Police also seized 15 Molotov cocktails on Saturday that were being hidden in a mosque in Lod in preparation for use riots later that night, officials stated.

Police initially began questioning the imam of the mosque in question, before searching the grounds of the place of worship, where they found 15 Molotov cocktails, a gallon of gas hidden on the roof and nearby were rocks ready to throw.

On Friday, rioters set fire to a community center in Lod on Friday with three firefighting teams arriving at the scene to put out the blaze.

Another fire was also set in a two-story building in the city, with six people who were evacuated suffering from smoke inhalation.

In Jerusalem, five suspects were arrested after firing a cap gun next to a synagogue.

The suspects drove up to the synagogue and fired the cap gun in the direction of the worshippers, according to a police report.They immediately fled the scene but were caught by nearby police officers and taken in for questioning.

The suspects threw the makeshift bombs on Hebron Road in Jerusalem, causing a fire to start in a field of thorns.

In addition, two suspects were arrested on suspicion of firing gun shots in the air during riots in the Sheikh Jarrah neighborhood of Jerusalem.

Israel Police detained the suspects who fired into the air at a violent riot, during which rioters threw stones and petrol bombs, and set off firecrackers.

Police at the scene cleared the crowd using dispersal techniques, and detained the two suspects who carried out the shooting.

In another incident in the capital’s A-Tur neighborhood of east Jerusalem, Palestinian rioters threw petrol bombs and stones at police. Riots were also staged in Silwan and Issawiya.

Some 42 fires were set in Judea and Samaria as part of unrest in the region, according to Fire and Rescue Services.

Some of the fires were caused by petrol bombs and tire burning and were set on roads near villages and some near military bases. 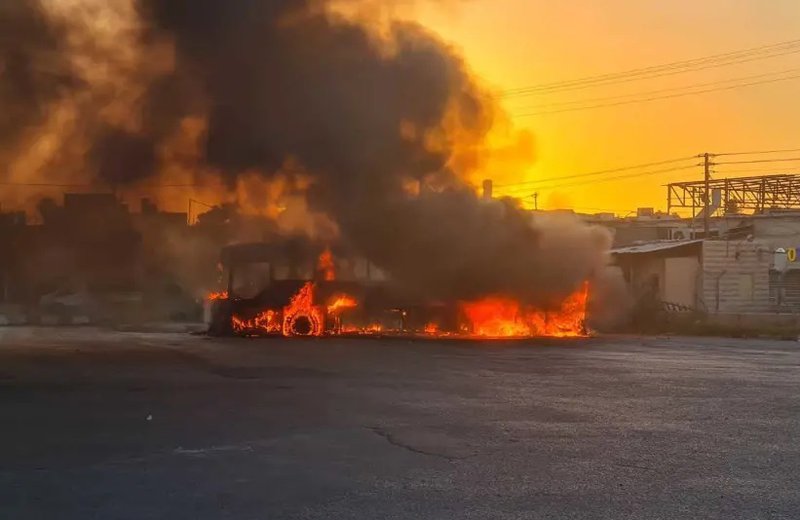 In Jaffa on Friday night a theater was set alight, Fire and Rescue Services reported.

No injuries were reported in the incident.

Later on Friday night in Jaffa, Channel 13 News reporter Omri Maniv was assaulted in his car by rioters, who broke the mirrors on his car and sprayed him with pepper spray, Magen David Adom reported.

Cars were set alight in Jaffa Friday night, including the car of Labor MK Efrat Rayten. Residents in the area put out the flames and alerted security forces, who they say took 90 minutes to respond due to the number of incidents in the city.

MDA paramedics reportedly treated him at the scene for light injuries.

A 24-year-old man was arrested and detained for questioning in Acre after police found him with petrol bombs, according to a Police spokesperson.

And police arrested nine people in the North due to their suspected involvement in riots including throwing rocks and fireworks, police reported Saturday.Three buses were burned in an Egged parking lot in Shfaram, the company said Saturday morning.

Japan To Lower COVID-19 Classification On May 8 By Agencies 4 hours, 48 minutes ago