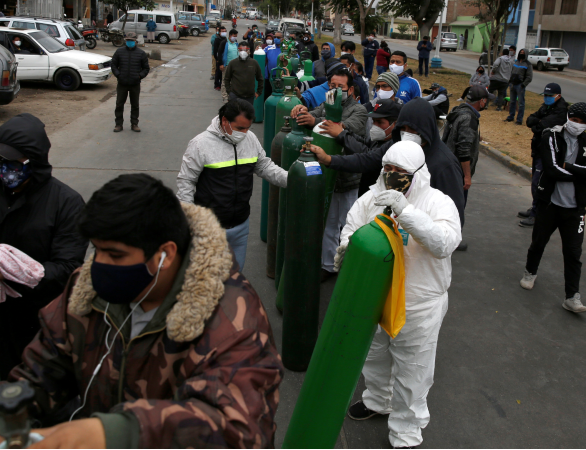 The Peruvian Government has more than doubled the country's coronavirus death toll after it revised the official count, making the figure the worst in the world per capita.

The government says it took into consideration not only those who tested positive but also other criteria such as contact with people who have been confirmed to be infected.

Data compiled by Johns Hopkins University in the United States show that the new figure has raised the COVID-19 deaths ratio in Peru to more than 500 per 100,000 people, surpassing the figure held by Hungary to become the worst in the world.

Prime Minister Violeta Bermudez said at a news conference that it is her government's duty to make public this updated information.

Peruvians have been struggling with the strain on the medical system as well as a shortage of cemeteries.

Experts had been pointing out that the government death toll did not reflect the real figure.

In Peru, a presidential run-off election is scheduled for Sunday. The response to the coronavirus is regarded as a major campaign issue among voters.

Zelenskyy Meets With EU Leaders By Agencies 20 hours, 19 minutes ago