Herzog defeated Miriam Peretz in 87 to 27 vote, becoming first son of a president to become president.

Jewish Agency chairman Isaac Herzog will be the 11th president of the State of Israel after he received 87 votes from MKs in a secret ballot vote in the Knesset plenum. 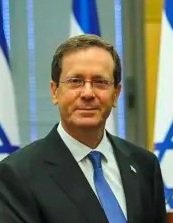 It was the largest victory in any presidential election in Israel’s history. Herzog will take over from President Reuven Rivlin when his term ends on July 9.

A veteran politician, Herzog is a former head of the Labor Party, a former opposition leader, a former welfare and diaspora minister and is the son of Chaim Herzog, who served as Israel’s president from 1983 to 1993.

Herzog thanked all the MKs who voted for him and said it was an honor to serve the entire people of Israel. He called Peretz a hero and an inspiration.

“I will be the president of everyone,” Herzog said, singling out Israelis across the political spectrum and Diaspora Jewry.

Herzog said, alongside Netanyahu, that he was ready to work with any government and any prime minister.

Rivlin spoke with Herzog on the phone, and also called Peretz to thank her.

“I send you my warmest greetings, Mr. President,” Rivlin said. “I can tell you that the responsibility of the role that you are about to assume is unlike anything you have done until now. The Jewish and democratic system we established here, in the land of our ancestors, has a body and soul. If the Knesset is a place of argument, as we have certainly seen recently, the President’s Residence is a place of discourse, partnership and statehood.”

Rivlin said the title of “first citizen” and the task of guarding the character of the State of Israel, particularly at this point in time, are heavy responsibilities.

“I have no doubt that you will bear these responsibilities superbly,” Rivlin said. “I am proud to pass on the baton to you in a month’s time.”

With his victory, Herzog becomes the first president whose father had been president. Chaim Herzog was Israel’s sixth president.

Every Knesset faction granted its MKs the freedom to vote their conscience, rather than binding them by faction discipline. None of the factions endorsed a candidate.

This is the first presidential race in Israel in which neither of the two candidates is a current MK.

Peretz said she was thrilled that after coming to Israel from Morocco and going to a transit camp, she was considered worthy to stand against someone of Herzog’s caliber. She said she would continue in her mission to heal the rifts in the nation.

In her concession speech, alongside Netanyahu, Peretz said that by running, she accomplished what as a child she could not have even dreamed of.

“A fitting president who honors us was elected,” Peretz said. “I will pray for his success, because his success is our success.”

Michael Siegal, The Jewish Agency’s Chairman of the Board of Governors, said Herzog’s “unwavering dedication to the Jewish people and to serving the State of Israel is an inspiration, and we will all undoubtedly continue to benefit from his leadership.”