Nepali congress party’s poor score was interpreted even by serious analysts as the reflection of its loose stand in deal with the Maoists in course of political transition and peace accord of the year 2006. 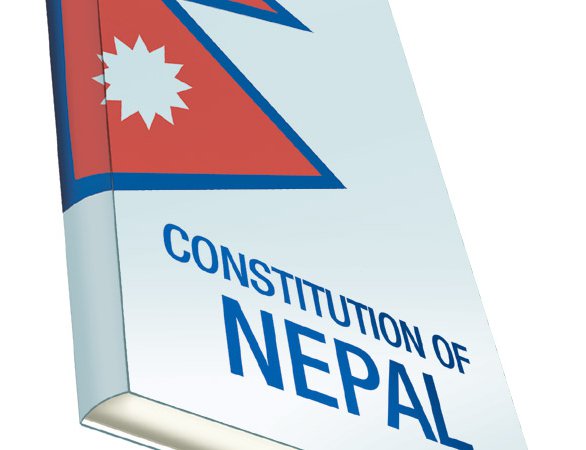 Nepal had hoped for better days to come when constituent assembly prepared constitution was promulgated in 2015. The constitution was distinctly great departure from the past in many respects. It had restructured Nepal from Monarchy and Unitary to a Republic and Federal state, widely opening space also for inclusive and proportional representation of the peoples in every walk of state affairs.

However, the phase for the actual implementation of the constitution had started only in November 2017 when general elections for House of Representatives and next government was scheduled to take place. This time is not like in the past, the interim responsibility to hold elections was not entrusted to Chief Justice, but to Sher Bahadur Deuba as a sitting Prme Minister of the time as per the Constitution.

In retrospect, it would not be irrelevant to look into how the voters’ mind must have worked in course of 2017 elections. The Nepali Congress Party was badly defeated, being able to secure only 23 out of 165 seats to the House of Representatives from direct election constituencies. On the other hand, the two leading communist parties ,namely, United Marxist Leninist party(UML) and Nepal Communist Party(Maoists),forming a kind of electoral alliance, had succeeded to command comfortable majority in the House, paving way for K.P Sharma Oli to head the government as leader of the parliamentary party (UML). Although the formalities related to the two parties’ unity were completed only after some time, it was thus overall able to ensure the PM and his government a support base of as much as 64 percent in terms of the total strength of the House.

However it was observed how the trend to question the PM;s continuity had started to be active sooner he had completed two years in office free from no confidence motion as per the new provision incorporated in the 2015constitution as one of the reform moves. Actually it was the period when ,with Nepali Congress Party seeing no worth in playing vibrant opposition role, PM Oli, taking advantage of relatively absence of parliamentary check or control, had started to utilize best the golden opportunity available to further solidify foundation for monopoly of power very necessary for him in days to come.

The results of the 2017 elections was almost taken as natural expression of the will of the peoples then. Nepali congress party’s poor score was interpreted even by serious analysts as the reflection of its loose stand in deal with the Maoists in course of political transition and peace accord of the year 2006. Among others, the criticism had even revolved around the way it had abandoned its long time adopted freedom of religion agenda and very popular reconciliation policy which, even in the changed context, should not have been other than constitutional monarchy in one or the other form in its strict sense ,with the objective even to consolidate the nation’s conventional values , urgency for social cohesion and national unity above all ,as propounded by B. P. Koirala, despite long time sufferings he had passed through in the hands of the kings in the past.

At the same time there was immense criticism of Nepali Congress Party also for or about the way it was wavering to take just stand in defending the 1990 constitution, led by it during its making, with changes necessary to satisfy war returned Maoists and other demanding marginalized groups . In addition it was no less criticized by the constitutional experts even for compromising on such urgent matter as prior declaration of the principles of future constitution , invariably practiced by the countries framing constitution from the constituent assembly as its prerequisite.

The only point requiring further clarity about peace process today is the nature and scope of promises the warring Maoists must have made with the real guarantor then before getting down to the process of negotiations. In the present context it demands close scrutiny also about its relations with PM Oli ‘s current determination to unfold the 2015 constitution, with two times House dissolution already taken place within months , despite clear cut absence of trust upon him in the House of Representatives. Deep analysis of those facts and background will certainly help us understand the key to grand victory of communists both at federal and provincial level during 2017 elections and also the context how some outside interest groups were bent upon realizing the concept and need of United Communist Party, looking at our problem from their eyes, in or for Nepal to counteract the influence of others. Such queries help raise many questions not only about their attitude towards democratic forces as represented largely by Nepali Congress Party but also about the way big communist parties are being backed, blessed and boosted by outsiders as one barely seeking instruments only in Nepal for their use to promote their petty interests.

In totality, in view of the huge damage already done by PM Oli to the smooth functioning of the present constitution, with full fledged support of the helpless President guaranteed all the time, there seems no other way out at this time to follow as a corrective measure to save the constitution except undertaking the following steps as early as possible (a) urgent restoration of the House of Representatives(b) installation of a government having confidence of the House or all party government led by House trusted and consensus based (c) Pm dedication to war like preparation to end covid-19 pandemic (d)postponement of already declared elections and(e) effective relief packages with focus on the poor and needy suffering most from present state of economic breakdown.