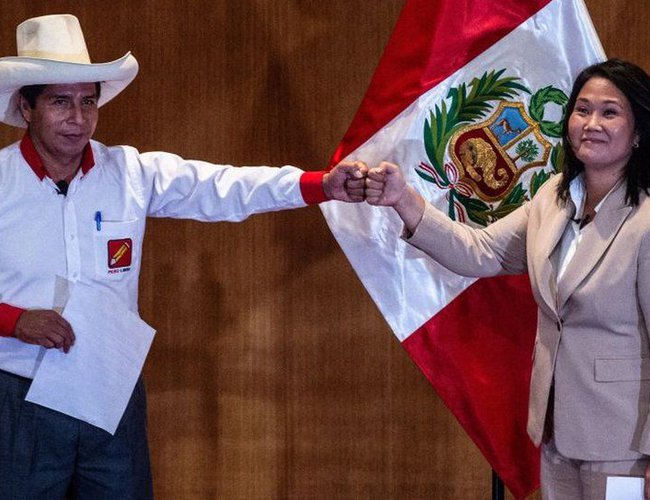 People in Peru voted on Sunday in a presidential runoff election, with recent opinion polls showing the two contestants in a dead heat.

No candidates won a majority of votes in the first-round in April, forcing the runoff between top finisher Pedro Castillo and Keiko Fujimori in second-place.

Major points of contention include the economy and the medical system, both of which have been significantly battered by the coronavirus pandemic.

Peru has the world's worst per-capita rate of deaths from the virus at more than 500 fatalities per 100,000 people.

Castillo is an elementary school teacher and trade unionist. He has garnered support among poor people and rural residents by pushing to nationalize the energy sector and draft a new constitution.

Fujimori is the eldest daughter of former president Alberto Fujimori. She has won support among businesspeople and the wealthy by pledging to protect a free economy and democracy.

The latest three opinion surveys held on Friday and Saturday put Fujimori ahead of Castillo, but only by a slim margin ranging from 0.1 to 0.7 percentage points.