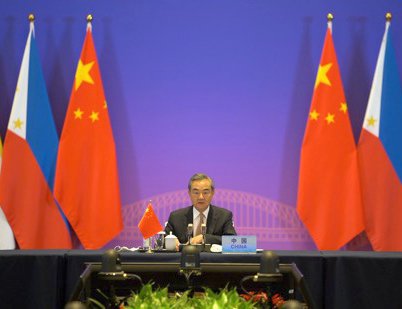 China hopes an upcoming special summit of the Association of Southeast Asian Nations (ASEAN) on Myanmar will play a positive role in de-escalating tensions in the country and send positive messages to the outside world, Chinese State Councilor and Foreign Minister Wang Yi said on Thursday.

The ASEAN plans to hold a special leaders' meeting on Myanmar in Jakarta on Saturday.

The summit is very timely and important, Wang said, adding that China hopes the meeting will be conducive to promoting political reconciliation in Myanmar. He called on relevant parties to maintain restraint and meet each other halfway.

The summit should be conducive to demonstrating the constructive role played by the ASEAN, he said, calling on the bloc to maintain solidarity and inclusiveness and speak with one voice.

Wang also expressed the hope that the meeting will be conducive to avoiding interference by forces outside the region.

China expects the summit will be a good start for the "soft landing" of Myanmar's situation, he added.

Political tensions in Myanmar have sharply escalated since the military takeover on February 1.