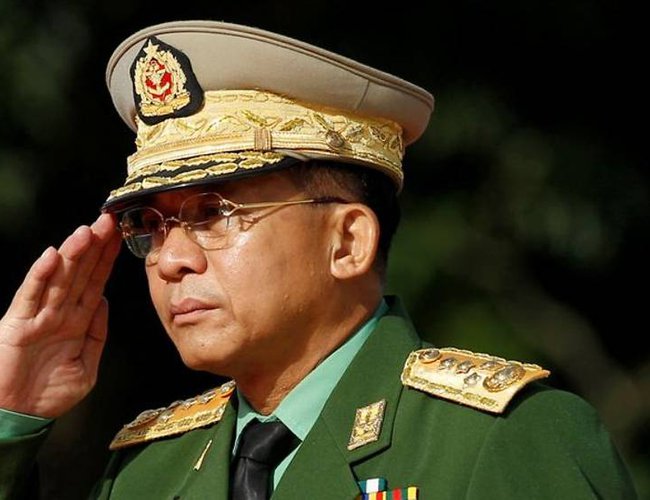 Myanmar's military leader has left for Moscow to take part in an international conference on security.

It said the senior general will participate in the security conference from Tuesday to Thursday, which is organized by the Russian defense ministry.

He is also scheduled to meet senior officials of the Russian military and the government, as well as visit a university and a factory.

This is his second foreign visit since the February coup.

The military has continued its crackdown on protesters following the coup.

The UN General Assembly adopted a resolution on Friday, which condemned the violence and called for an arms embargo on the country.

Myanmar procures much of its weaponry from Russia.

US Shoots Down China's Balloon, Says Defense Department By Agencies 3 days, 3 hours ago