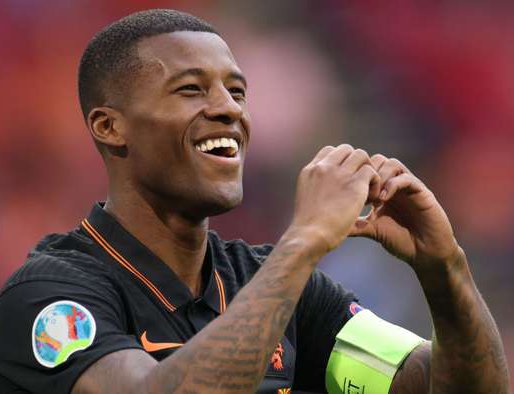 The Dutch have now scored two or more goals in each of their last 10 matches, breaking a record set in 1935

Netherlands are on an unprecedented goalscoring run following their 3-0 win against North Macedonia on Monday.

Frank de Boer's men have a perfect record in Euro 2020, having previously beaten Ukraine and Austria to finish top of Group C.

That is the longest such run they have had in their history, breaking the previous record of nine set in 1935.

That puts him ahead of Marco van Basten, who scored 24 in 58 matches, in the list of top scorers for Netherlands.

The new Paris Saint-Germain signing is now level with Rafael van der Vaart, who finished his career with 25 from 109 caps.

He is currently three behind team-mate Depay.