Temperatures Soar In Western US

Temperatures Soar In Western US 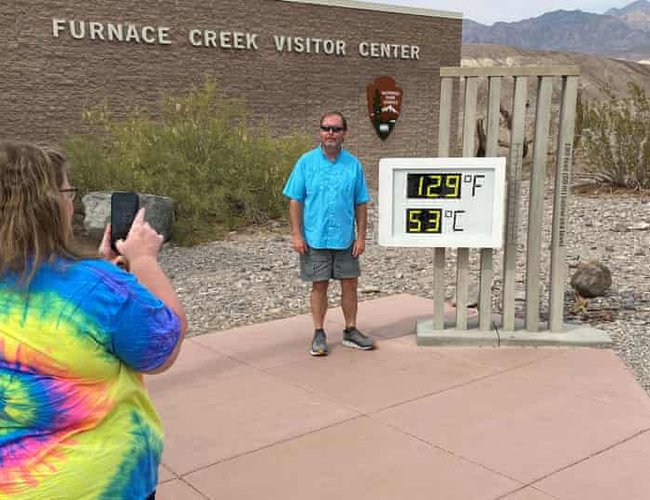 Residents of the western US are suffering through a heat wave. Temperatures have climbed to as high as 45 degrees Celsius.

The National Weather Service has posted excessive heat warnings for most of the states of Washington and Oregon, and parts of California, Nevada, and Idaho.

Many residents of the Pacific Northwest do not have air conditioning because summer temperatures are usually moderate. Some people have headed into emergency cooling shelters in air-conditioned gyms, libraries, and convention centers.

A drought has lowered the waterline in the reservoir formed by the Hoover Dam to its lowest level ever.

Millions of people depend on Lake Mead for their drinking water and electricity.

Residents of California fear the drought could lead to more fires. Last year, they suffered through their worst ever wildfire season.