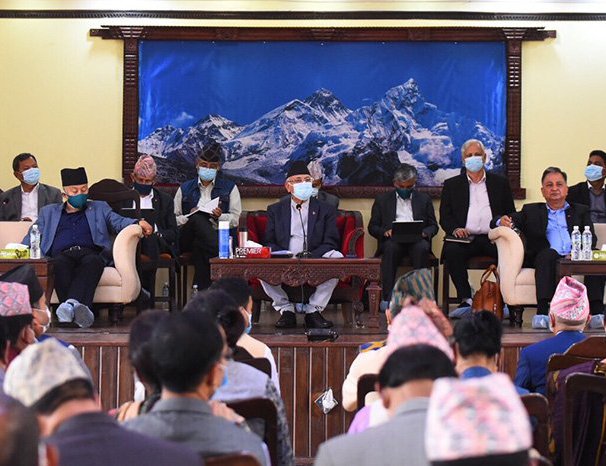 The ruling CPN-UML has decided to lifte the punishment imposed upon the leaders of the Madhav Kumar Nepal-led faction.

Stating that all party leaders would unite after today's meeting, leader Gyawali informed that the standing committee meeting being held on Friday will have the same status it was before May 16, 2018. He added that the intra-party rift might come to an end as all the demands of the leaders had been fulfilled.