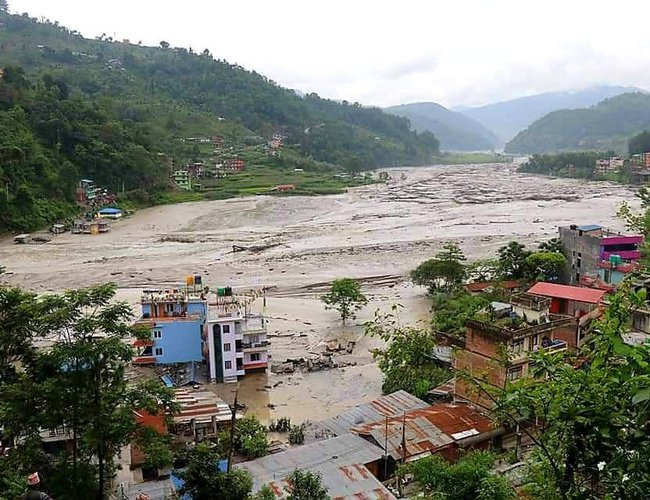 Most places of the country are experiencing light to moderate rainfall at present due to the active impact of the monsoon wind and the existence of the monsoon low-pressure system near the Tarai region, the Department of Hydrology and Meteorology, Meteorological Forecasting Division said.

The Division has called for adopting special precaution as there is the possibility of heavy rainfall along with thunder and lightning at some places of Province no 1, Province no 2, Bagmati province, Lumbini province and Gandaki province.

It stated that there is the risk of landslide, soil erosion and mudflow in the hilly region of these provinces. The Division said the water level in the rivers, rivulets and seasonal streams might rise affecting daily life as well as the transport services.

The weather is generally to completely cloudy throughout the country at present. Many places of Province no 1, Province no 2 and Gandaki province are experiencing moderate to heavy rain while some places of the rest of the provinces are getting light to moderate rain, the Division stated in its weather bulletin.

It will be generally to completely cloudy throughout the country towards the afternoon with chances of light to moderate rain at many places of Province no 1, Province no 2, Bagmati province and Gandaki province, and at a few places of Lumbini province, Karnali province and Sudurpaschim province. The same weather system will continue tonight as well.

Continuous rainfall is taking place in Kathmandu Valley since the morning today.

On Saturday, the weather will be generally completely cloudy with chances of light to moderate rainfall at many places of Province no 1, Province no 2, Bagmati province and Gandaki province, and at a few places of Lumbini, Karnali and Sudurpaschim provinces.