Democracy Is The Right Of All Countries: Chinese President Xi

Democracy Is The Right Of All Countries: Chinese President Xi 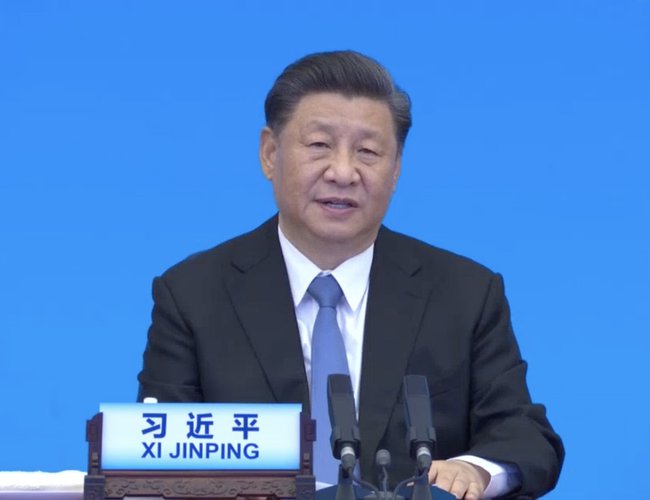 As wars and conflicts still persist in some parts of the world, hunger and disease are still prevalent, misunderstanding and opposition are deepening, China on Tuesday provided its answer to world political parties to address global challenges, which is cooperation.

"No country can stand aloof in the face of global challenges, and cooperation is the only choice," said Xi Jinping, general secretary of the CPC Central Committee and Chinese president, in a keynote speech at the CPC and World Political Parties Summit via video link in Beijing.

The theme of the summit is "For the People's Wellbeing: the Responsibility of Political Parties." More than 500 leaders of political parties and political organizations from 160-plus countries, and over 10,000 party representatives attended the summit.

In his speech, Xi called on political parties to embrace the idea of global community with a shared future.

Leave no country or nation behind

On the road to the well-being of all mankind, no country or nation should be left behind, Xi said in the speech.

Xi called on world political parties to face up the problem of development gap, and pay more attention to the less developed countries and regions.

He also urged political parties worldwide to jointly oppose the practice of seeking technology blockade and divide as well as decoupling.

"We need to enable all countries to step up development cooperation, and see to it that the fruits of development are shared by all," Xi said, stressing that any political manipulation for the purpose of sabotaging the development of other countries and undercutting the livelihood of other peoples will receive little support and prove to be futile.

"We should stand opposed to the practice of unilateralism disguised as multilateralism and say no to hegemony and power politics," Xi said.

"International rules should be agreed upon by all countries, not a few people. Cooperation among countries should aim to serve all mankind instead of seeking hegemony by way of group politics," Xi reiterated.

China will never seek hegemony, expansion, or sphere of influence, he stressed, adding that China will always be a member of the developing world.

China has helped 98.99 million rural people get out of poverty since 2012 and met the target of the UN 2030 Agenda for Sustainable Development 10 years ahead of schedule.

China will spare no effort to support international cooperation against COVID-19, he said, adding that the country will make extremely arduous efforts in delivering its promise of achieving carbon peak and neutrality.

Chinese President Xi Jinping has said democracy is "not the patent of a few countries," in an apparent reference to the West's efforts to pressure Beijing over its actions in Hong Kong and the Xinjiang Uygur Autonomous Region.

Xi was speaking at an online meeting hosted by the Chinese Communist Party, which marked its 100th anniversary this month. China's state-run Xinhua news agency says leaders of more than 500 political parties and organizations from over 160 countries attended.

In his keynote speech, Xi stressed that China has developed under the Communist Party rule.

He said democracy is "the right of the people of all countries." He said, "If a country is democratic or not, it must be judged by the people of the country, not by a few people."

He also said that cooperation between countries "should not seek world hegemony through small-group politics," in an apparent allusion to the Western-led global political system.