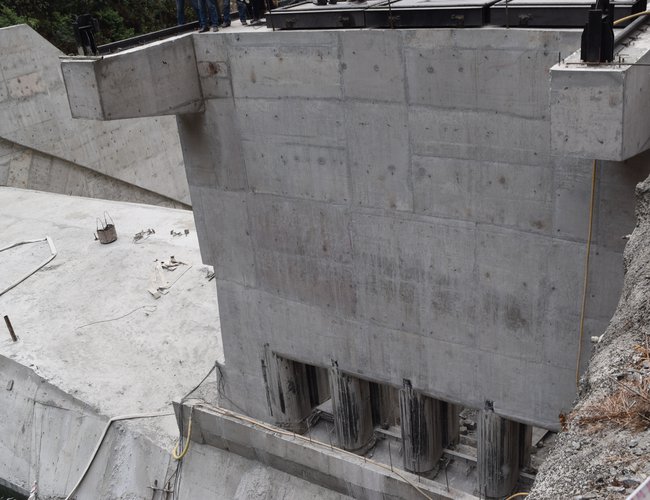 It seems to take at least three months to restore the Melamchi to the Kathmandu Valley water supply system.

The Melamchi Drinking Water Project sets a target of bringing about waters from the Sindhupalchowk-based Melamchi River up to Sundarijal by mid-October. The Committee is to undertake the related works in collaboration with the local levels and other related bodies.

The project was largely damaged by the recent devastating flood from the river. Access roads to the project, bridge and some structures at the construction site had been damaged by the disaster in mid-June, the Committee said.

According to Committee information officer Rajendra Prasad Pant, they set a target of restoring the water supply system if temporary access to the project could be made by re-opening the track and placing a Bailey bridge. But the Committee is not sure whether the target could be met as the risk of future damages to be caused by monsoon still prevails.

"If we could reach the headwork by mid-September, mud and other depositions caused by the flood inside the tunnel would be cleared off next months. The time to restore the supply system could take longer if there is havoc by the flood," he said.

The Chinese construction company, Sino Hydro, has been carrying out the remaining works of the project. Among the construction of the structures like the tunnel, headwork and the water treatment centre, only the works of the headworks remain.

Project information officer Panta said it is estimated that Rs 1 billion would be required for the repair works. As he said works like construction of the road and bridge and clearing the road up to the headwork should be done immediately to supply water from Melamchi River in Sindhupalchok to Sundarijal of Kathmandu.

Three bodies under the federal government, namely the Department of Roads, Nepali Army and the Melamchi Water Supply Project Board are linked to it as the road and the bridges have to be repaired. The road leading to the project site should be made operational at the earliest with the support of the local level.

For the time being, transport would be operated by constructing a Bailey bridge immediately. A concrete bridge would be constructed for the long term.