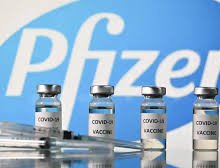 US pharmaceutical company Pfizer and its German partner BioNTech say they plan to carry out clinical tests on an updated version of their coronavirus vaccine. The tweak is aimed at warding off severe infections with the Delta variant of COVID-19.

Pfizer and BioNTech said on Thursday that they expect to begin clinical studies of the new version as early as August depending on approval from regulatory authorities.

The two firms also announced the results of clinical tests on the current version of the COVID-19 vaccine carried out to assess its efficacy if administered a third time.

They said that following a booster shot 6 months after a second dose, the value of neutralizing antibodies was 5 to 10 times higher against the Beta variant first identified in South Africa.

Pfizer and BioNTech also say data suggest that the current vaccine's efficacy in preventing infection and symptomatic disease may decline six months after a second dose. They say a third shot may be needed within 6 to 12 months of full vaccination to maintain the highest levels of protective efficacy.

The US Food and Drug Administration and the Centers for Disease Control and Prevention said in a joint statement on Thursday that Americans who have been fully vaccinated do not need a booster shot at this time.

The two agencies said full vaccination protects individuals from death and severe symptoms in cases of infection with the Delta or other variants.

They also said, "We are prepared for booster doses if and when the science demonstrates that they are needed."