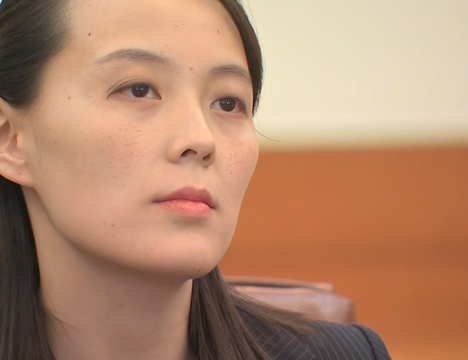 Kim Yo Jong lashed out at the two nations in a statement carried by the state-run Korean Central News Agency.

The US and South Korean militaries are scheduled to hold the drills from August 16 through 26 based on emergency scenarios on the Korean Peninsula.

Ahead of the drills, the militaries started a four-day preliminary exercise on Tuesday, simulating a terrorist attack.

Kim Yo Jong slammed their joint drills as part of a US hostile policy to crush North Korea to death by force.

She said Washington is making noises about "dialogue without any preconditions," but she said such talks are merely hypocrisy.

She said North Korea will spur efforts to boost its national defense capabilities and the ability to carry out powerful preemptive strikes.

She also expressed deep regret to South Korea for what she called perfidious behavior.

Zelenskyy Meets With EU Leaders By Agencies 20 hours, 20 minutes ago