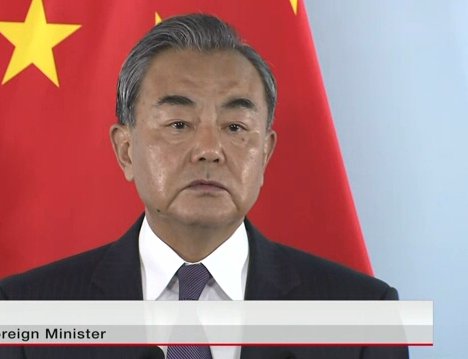 China's Foreign Minister Wang Yi says the international community should support and guide Afghanistan, rather than putting pressure on it.

Wang discussed Afghanistan on a call with British Foreign Secretary Dominic Raab on Thursday. The country has plunged into turmoil and uncertainty after the Taliban seized power.

China's foreign ministry said Wang told Raab the world should watch whether the Taliban adopt moderate policies after uniting the people of Afghanistan and creating a reconciliatory political framework.

Raab chaired a meeting of foreign ministers from the Group of Seven nations on the situation in Afghanistan on Thursday.

He said in a statement that the ministers underscored their commitment to human rights in Afghanistan, including for women, children and minorities.

Russians Advance On Bakhmut As Allies Mull Jets For Ukraine By Agencies 10 hours, 2 minutes ago

Ukrainian Soldiers Arrive In Britain For Tank Training By Agencies 2 days, 9 hours ago

Japan To Lower COVID-19 Classification On May 8 By Agencies 4 days, 8 hours ago