Kabul Airport In Chaos As Gunfight Kills One

Kabul Airport In Chaos As Gunfight Kills One 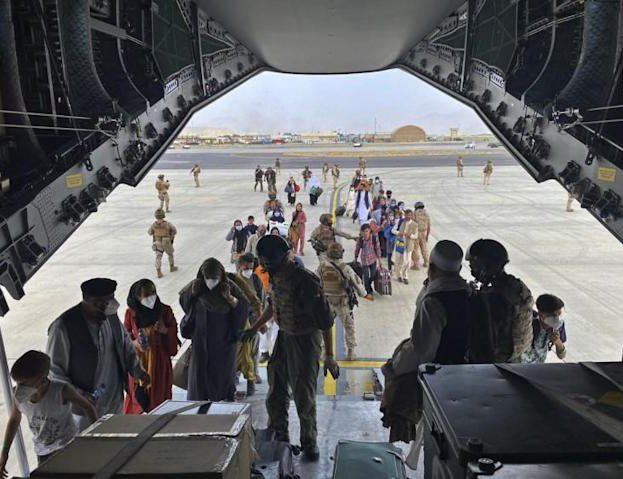 A day after seven people were killed in a crush at the gates of Kabul airport, the Taliban fired into the air and used batons on Sunday to force people desperate to flee Afghanistan to form orderly queues there, as the militant group said its fighters were heading to the northern Pan­jshir valley to take on thousands of forces opposed to them.

There were no major injuries as armed men beat back the crowds, according to witnesses, and Washington said it was now able to get large numbers of Americans into the airport.

Britain’s defence ministry said seven Afghans were killed in the crush around the airport on Saturday as thousands tried to get a flight out, a week after the Islamist militants took control of the country.

The death came amid confusion at the airport, where crowds have gathered in hopes of fleeing a country that fell under Taliban control on August 15.

The exchange of gunfire erupted at an airport gate early Monday. It is not clear who made the first shots. German and US military forces returned fire.

German armed forces in charge of security at the airport disclosed the Afghan guard's death.

The US Embassy in Kabul has issued an alert advising Americans to stay clear of the airport amid potential security threats.

As countries scramble to evacuate nationals along with Afghans who have been cooperating with them, security at the airport and the surrounding area remains uncertain.

In another development, a Taliban spokesperson announced on Monday that the militant group had begun surrounding Panjshir province in northeastern Afghanistan.

Panjshir is not under Taliban control.

Ahmad Massoud, son of the late leader of the anti-Taliban Northern Alliance, has vowed to resist the Taliban in the province.

Zelenskyy Meets With EU Leaders By Agencies 18 hours, 51 minutes ago