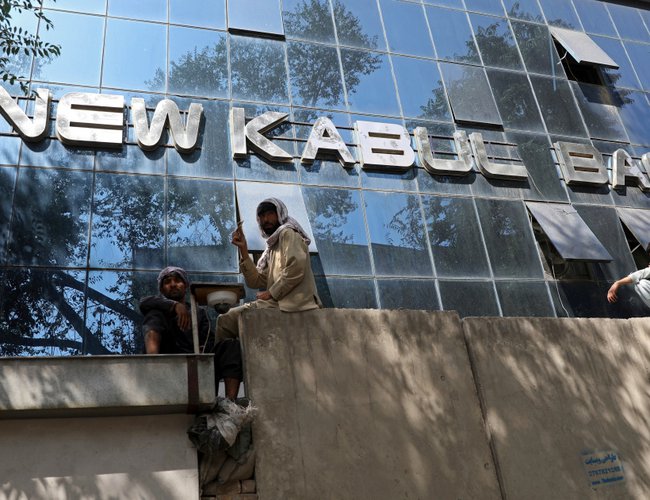 The Taliban takeover in Afghanistan is having an impact on the country's economy and people's lives reports NHK.

Most banks in the capital, Kabul, have been closed since the group took control of the country on August 15. On Wednesday, citizens were seen gathered in front of banks, waiting for their services to resume.

According to NHK, prices of goods are surging. A grocer says prices of flour and apples have risen by about 50 percent in the past week.

One shopper said life is getting tough because of rising prices.

On Monday, the Taliban announced the appointment of a new acting governor of the central bank.

They said the appointee had been in charge of the group's financial affairs.

The International Monetary Fund has suspended financial assistance to Afghanistan. The Taliban will likely face a challenge of gaining international economic aid as they prepare to launch a new government.

Zelenskyy Meets With EU Leaders By Agencies 20 hours, 57 minutes ago