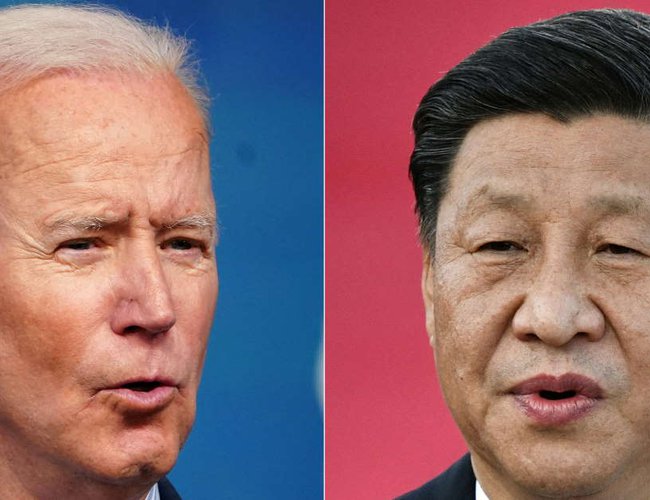 US President Joe Biden and Chinese President Xi Jinping have discussed the need to avoid letting competition between their countries lead to conflict.

The White House said in a statement on Thursday that Biden and Xi spoke by phone.

The statement also said Biden "underscored the United States' enduring interest in peace, stability and prosperity in the Indo-Pacific and the world."

It added that the leaders discussed "the responsibility of both nations to ensure competition does not veer into conflict."

China's Foreign Ministry said Xi told Biden that US government policy on China has caused "serious difficulties" in their relations.

Xi was quoted as saying that Chinese-US cooperation will benefit the world, but confrontation will bring disaster.

Biden has described China as his country's "most serious competitor."

The US has been increasingly concerned about the human rights situation in the Xinjiang Uygur Autonomous Region and China's maritime activities in the South China Sea and elsewhere. The US is ramping up pressure on China in cooperation with Japan and other US allies.

Thursday's talks between the top leaders were apparently aimed at preventing an unintended escalation of the rivalry.