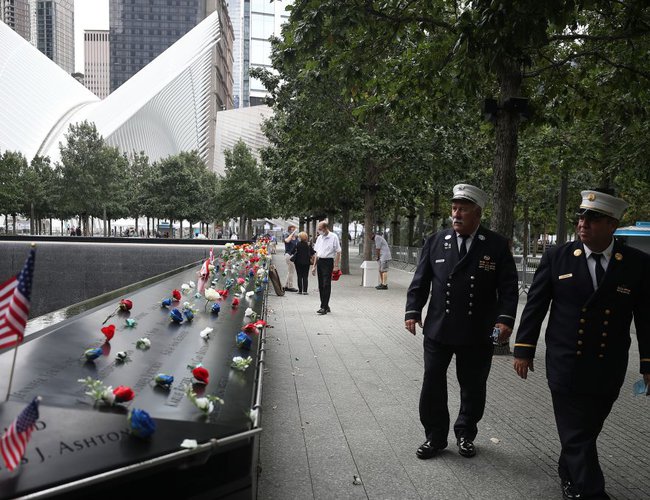 People in the United States are marking the 20th anniversary of the 9/11 terrorist attacks.

On September 11, 2001, hijackers flew two planes into the Twin Towers of the World Trade Center in New York, a third plane into the Pentagon near Washington DC, and a fourth plane into a field in Pennsylvania. The attacks killed nearly 3,000 people.

A memorial ceremony will start at around 8:30 a.m. in lower Manhattan at the site of the World Trade Center.

President Joe Biden and bereaved families will be in attendance.

Participants will observe a minute of silence six times through the morning, to correspond with the times when the World Trade Center towers were struck and collapsed, and the times of the attack on the Pentagon and the crash in Pennsylvania.

The names of each victim will be read aloud.

The attacks on the US sent shockwaves around the world, and led then-President George W. Bush to launch a military operation on Afghanistan.

Last month, President Biden pulled all US troops out of the country, bringing an end to a conflict described as America's longest war. But public opinion in the US is divided over his decision.