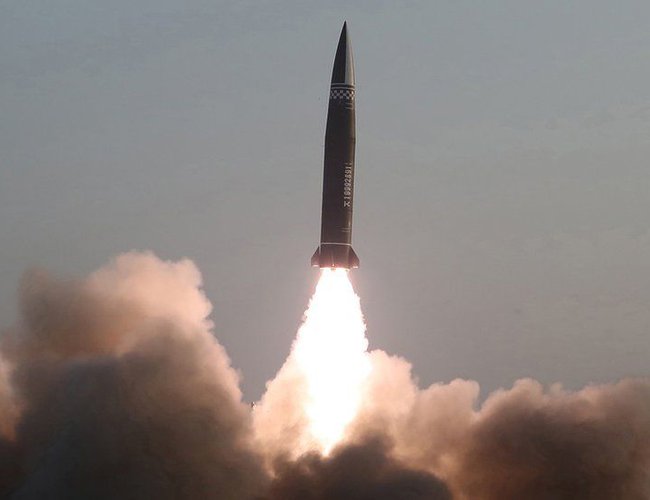 North Korean media say the country has successfully launched a new type of cruise missile that potentially puts Japan within its range.

It doesn't reveal where the long-range missiles fell. But it says they flew for more than two hours over North Korean territory and hit their targets 1,500 kilometers away.

It adds the Academy of Defense Science developed the cruise missiles. It says the academy also conducted dozens of engine tests ahead of the launches.

A close aide to North Korean leader Kim Jong Un observed the launches, calling them the fulfillment "of the Workers' Party's policy of prioritizing defense science and technology."

The official stressed the need for national defense science to do all it can to increase the country's capabilities and deterrence.

Japan's Chief Cabinet Secretary Kato Katsunobu responded to the news on Monday. He said if the missiles' 1,500 kilometer range is confirmed, it would be a concern for Japan.