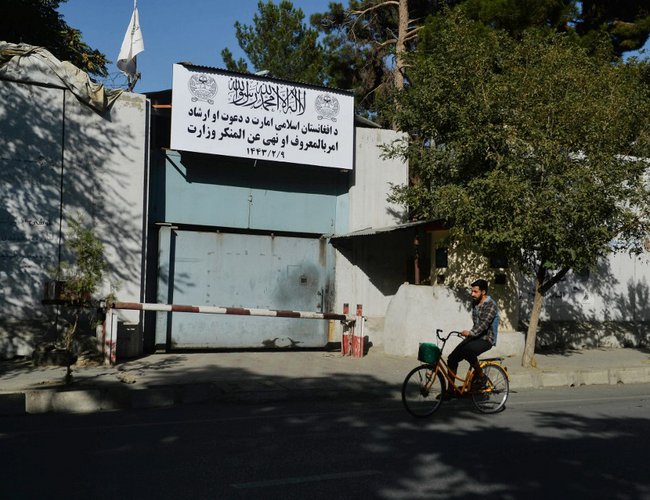 The Taliban have replaced the sign at the entrance of the women's ministry with one describing it as the ministry for the promotion of virtue and the prevention of vice.

The group announced ministerial posts in its caretaker government earlier this month, after taking control of the capital in mid-August. They also said they would restore the "vice and virtue ministry," which was known for suppressing women's rights during the previous period of Taliban rule two decades ago.

The Taliban have not announced a minister for the women's ministry, which worked to expand women's rights under the previous government.

The new sign at the entrance of the building in central Kabul bears a verse from the Koran in a style similar to the Taliban flag.

Staff who worked at the women's ministry have not been allowed to enter the building, and have protested.

The Taliban say they will allow women to receive an education and work within the framework of Islamic law. They have not issued a statement about the sign's replacement.

The move is adding to concerns that women's rights will be restricted again.