PPA Will Not Be Signed Without Market Study: Minister Bhusal

PPA Will Not Be Signed Without Market Study: Minister Bhusal 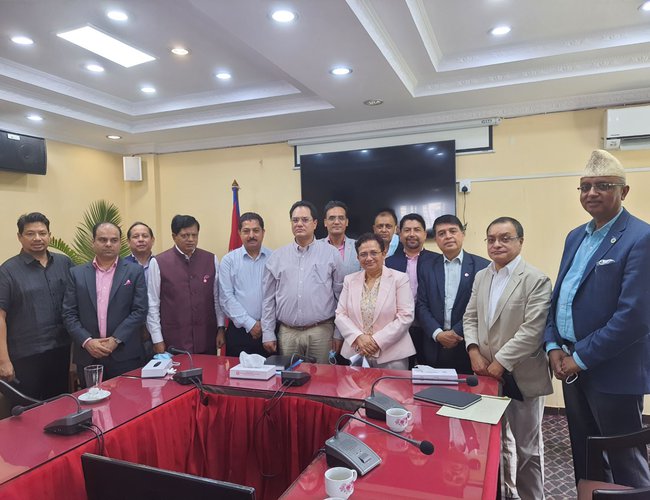 Minister for Energy, Water Resources and Irrigation Pampha Bhusal said that the Power Purchasing Agreement PPA will be signed on the basis of the ensured market. Talking with the delegation of the Federation of Nepalese Chamber, Commerce and Industry, she said the PPA will be signed only after the study on supply and demand situation and market.

The delegation visited the minister with a demand not to increase Demand Charge and open PPA. She also urged industrialists not to raise the issues like demand charge.” NEA cannot sign PPA without basis of market,” said minister Bhusal.

She said that private investment in the hydropower sector is positive and the ministry is positive on the issue of constructing hydropower by FNCCI. She urged industrialists to establish industries to consume more electricity.

During the meeting, Energy Secretary Devendra Karki said that the government is positive to encourage private investment in the hydropower sector. He said that it is not possible for NEA now to sign PPA without market study.

Led by senior vice president of FNCCI Chandra Dhakal, the delegation demanded to open PPA and not to increase demand charges.