Mosque Blast Kills Or Wounds At Least 70 In Afghanistan

Mosque Blast Kills Or Wounds At Least 70 In Afghanistan 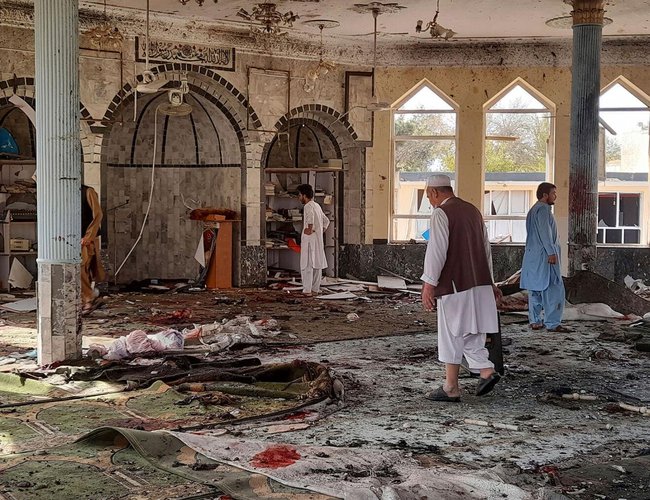 Afghan officials say a powerful explosion at a mosque in northern Afghanistan has killed or wounded at least 70 people.

The blast occurred at a mosque in the northern city of Kunduz on Friday afternoon.

The provincial government, which is under the control of the Taliban, says the explosion caused at least 70 casualties.

Reports suggest that many people were present at the mosque to attend the Friday prayer service when the incident occurred. The mosque is frequented by Shia Muslims, who are a minority in the country.

Taliban spokesperson Zabihullah Mujahid said on social media that a special unit had launched an investigation at the scene.

No one has claimed responsibility for the incident.

A local branch of the Islamic State group is believed to be responsible for a series of terror attacks in the past month. Taliban members and civilians are among the casualties.

Ukrainian Soldiers Arrive In Britain For Tank Training By Agencies 9 hours, 9 minutes ago