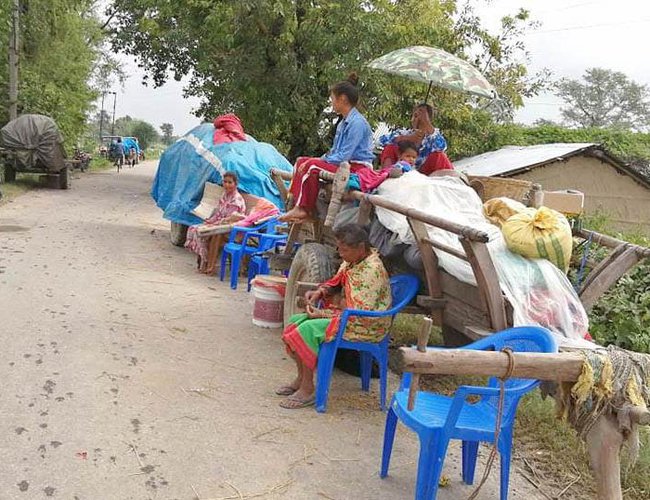 Ministry of Home Affairs has informed that as many as 101 people lost their lives in the rain-induced disasters caused by incessant rainfall in the last four days.

Ministry said that 41 people had gone missing and 35 had been injured in the disaster.

Of the total 60 fatalities, 13 were reported in Ilam, 28 in Panchthar, seven in Dhankuta, eight in Sunsari, two in Udayapur, and one each in Morang and Bhojpur. Similarly, 31 people killed in Sudurpaschim Province.

Two deaths and three missing cases have been reported in Lumbini Province. Similarly, the Sindhuli district of Bagmati Province reported a single fatality in the disaster.

Likewise, the rain-induced disasters claimed seven lives in Karnali Province of which, six were reported in Humla and one was reported in Kalikot.

Earthquake In Doti: Nepal Army Is In Rescue Operation, 200 Aftershocks So far By NEW SPOTLIGHT ONLINE 3 weeks, 2 days ago

Earthquake In Sudur Paschim: Six killed In Doti By Agencies 3 weeks, 2 days ago