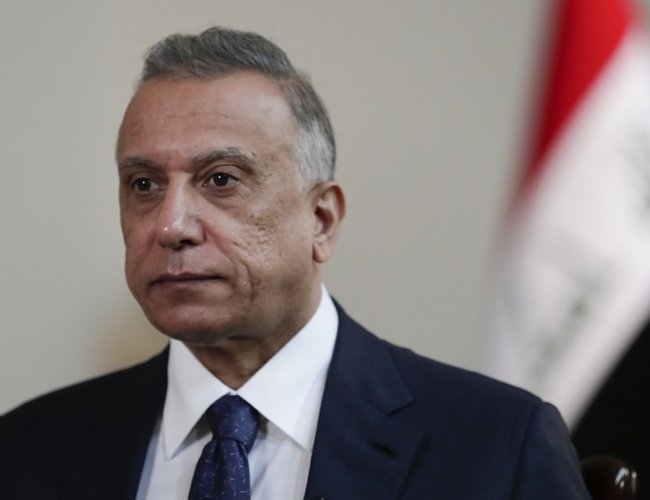 Iraqi Prime Minister Mustafa Al-Kadhimi was reported to be safe after an explosives-laden drone damaged his residence in Baghdad.

The apparent assassination attempt took place early on Sunday morning, and the Iraqi military said it has launched an investigation into the attack.

The Associated Press cited Iraqi officials saying that seven security guards at the residence were injured.

No group has claimed responsibility.

The attack comes amid prolonged protests by pro-Iran militias following a parliamentary election in October, in which their parties lost many seats. The militias have claimed election fraud and criticized Al-Kadhimi's stance on their protests.

More than 120 people were injured in clashes between protestors and security forces on Friday.

The prime minister released a video message after the attack. He said, "The cowardly missiles and drones do not build nations or build a future." He urged all people in Iraq "to engage in a calm and constructive dialogue."

US State Department Spokesperson Ned Price strongly condemned the attack in a statement. He described it as an apparent act of terrorism "directed at the heart of the Iraqi state."

He added that the United States is "in close touch with the Iraqi security forces," and said that the US has offered assistance in the investigation into the attack.

Russians Advance On Bakhmut As Allies Mull Jets For Ukraine By Agencies 11 hours, 36 minutes ago