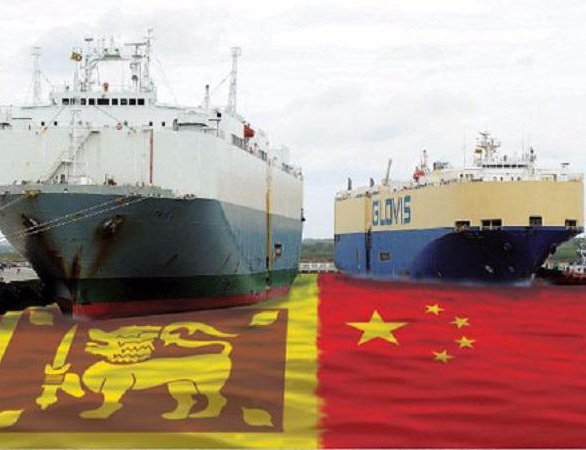 The Sri Lankan government has disclosed plans to assign a Chinese firm to build a container port in Colombo.

Sri Lanka sealed a pact with Japan and India to develop Colombo Port's East Container Terminal in May 2019, but effectively scrapped the agreement in February by announcing the project will be carried out solely by the island nation.

The government on Wednesday announced cabinet approval for a Chinese enterprise that had won the right to construct one of its key port infrastructures.

The development comes as China continues to increase its influence in Sri Lanka, which is mired in an economic crisis.

Sri Lanka in 2017 agreed to lease its southern Hambantota port to China for 99 years in a bid to write off a massive debt on the construction cost.

Critics call the deal a classic case of debt trap.

The United States, Japan and other nations regard Sri Lanka as an important strategic hub for a free and open Indo-Pacific region linking the Middle East and Asia.

Meanwhile, the island state is expected to play a key role in China's "Belt and Road" initiative.