Bangladesh At 50: A Rising Economic Power

In the following years, the country struggled with military coups, political turmoil, poverty and famine. 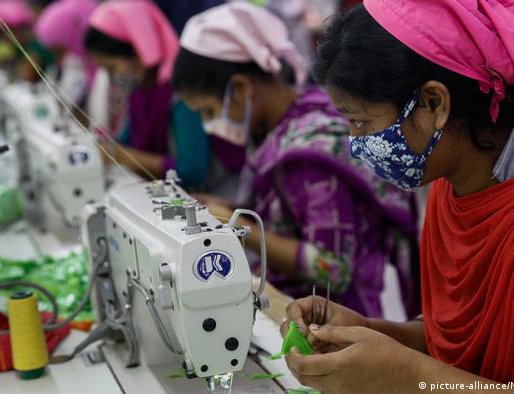 Over the past five decades, Bangladesh has transformed itself from being an economic "basket case" to one of the fastest growing economies in the world.

At the time of independence in 1971, Bangladesh's economy was in tatters, a result of the bloody liberation war. Over 80% of the population were living in extreme poverty.

In the following years, the country struggled with military coups, political turmoil, poverty and famine.

He added that the South Asian country was viewed as "the test case" of development.

But fast forward to today, the situation has dramatically changed for the better.

Norwegian social researcher Eirik G. Jansen said that in 2009 when he returned to a Bangladeshi village after a gap of nearly three and a half decades, he was surprised to see the remarkable improvement in socio-economic development and people's income levels.

"Their incomes increased tenfold. It meant they could buy at least 10-15 kilograms of rice with their daily wages," Jansen told DW.

From 1976 to 1980, he lived with several impoverished families in a village in Manikganj district.

"If you have five or six people in your household and you come home with just one and a half kilograms of rice, you can hardly feed the entire family," Jansen said.

"Severe poverty meant many people lacked enough food. Health and education services hardly existed. Many people became sick, and many died in their 40s and 50s due to diseases that could have been prevented if they had good nutrition. Many children also died," the expert added.

Making strides in growth and development

Before the onset of the coronavirus pandemic, the economy was growing rapidly, recording an annual expansion in the range of 8% for years.

The Asian Development Bank said that despite the hit from the pandemic, the Bangladeshi economy is recovering fast.

"Bangladesh also grows enough food now to feed its 167 million people. The country has a significantly reduced maternal and infant mortality rate than many other countries in the world," Rahman said.

Bangladesh achieved lower middle-income country status in 2015 and is on track to leave the United Nations' Least Developed Countries list.

Currently, 98% of children nationwide have finished primary school, with more girls in secondary school than boys.

Observers say the Muslim-majority nation over the years has invested heavily in the lives of women and girls. It has also made progress in combating child malnutrition and reproductive health.

Jansen said when he visited the village in Manikanj again in 2010, he found that schools in the area were refurbished, and both boys and girls were going to school.

The improvement in female education has transformed the socioeconomic structure, he pointed out.

"Providing scholarships for women's and girls' education is another factor. The women are now more articulate. They are not as shy as when I saw them four decades earlier."

From agriculture to industry

With a GDP of over $305 billion (€259 billion), Bangladesh currently has the world's 41st largest economy and forecasts suggest that the size of the economy could double by 2030. 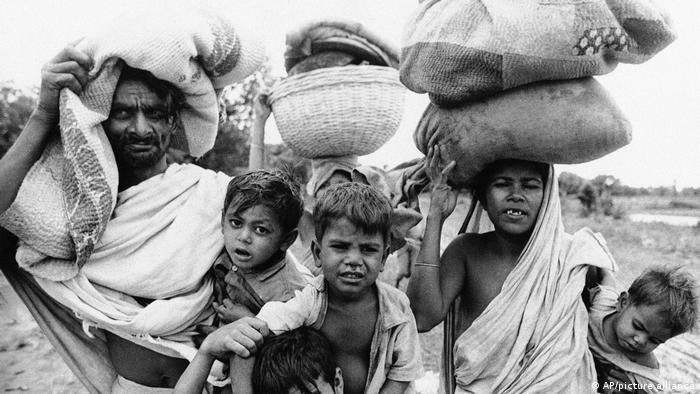 While it was primarily an agricultural economy in 1971, the composition has changed over the decades, with industry and services now accounting for the lion's share of the economic output.

It was the availability of job opportunities outside agriculture that drove economic development, said Jansen.

"For many women, it was working in the textile industry and handicrafts. For men, it was jobs in local small industries. For some, it was migrating abroad to the Middle East, Singapore or Malaysia."

The garment industry emerged as one of the nation's success stories in recent decades. It is the second-largest globally, only next to China, and rakes in over $35 billion a year from exports.

The sector employs 4 million people, the majority of whom are women, contributing to female empowerment.

"The garment sector has changed not only the economy, but also women's social status in Bangladesh," Rahman told DW.

Despite the steep rise in the number of children going to school, the quality of education remains poor, posing a major challenge to the development of a skilled workforce, said Rahman.

Also, not everyone has benefited equally from the nation's impressive growth and development, say experts, pointing to rising income and wealth inequality as well as the slow pace of job creation.

"Per capita income has increased in Bangladesh. But income and wealth distribution could be made equal and fair," Rahman said. "The income disparity between the top 5% and the bottom 40% is increasing day by day.”

Another problem is the heavy concentration of economic activity in big cities like Dhaka and Chittagong, resulting in a huge rural-urban divide and increased urban poverty.

"The poverty level might have come down to 20%, but 50% of those living in some cities face poverty," Rahman stressed.

So, the biggest challenge Bangladesh faces is related to how the country ensures that the fruits of growth and development reach people at the bottom of the economic pyramid.