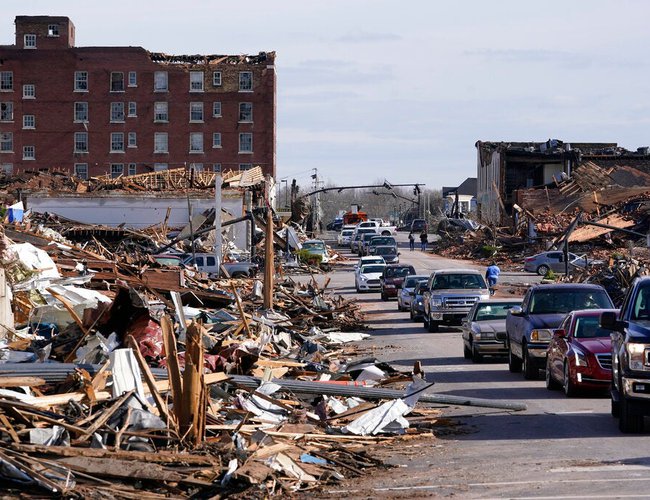 As rescuers in the tornado-devastated US state of Kentucky face difficulties, its governor is expecting the number of deaths to climb further. According to report over 70 persons have already killed.

Rescuers pulled 40 workers alive from a candle factory in Kentucky, one of the six Southern and Midwestern states hit by tornadoes from Friday night to Saturday.

The survivors were among roughly 110 people working at the plant when the storm hit. Many remained unaccounted-for, and power outages have been hindering rescue work.

Kentucky Governor Andy Beshear revealed in an American TV program on Sunday morning that no survivors have been rescued from the factory for more than 24 hours. He added that he expects the death toll in his state may exceed 100.

Aside from Kentucky, a total of 14 deaths have been reported across Illinois, Missouri, Tennessee and Arkansas.

Ukrainian Soldiers Arrive In Britain For Tank Training By Agencies 3 days, 14 hours ago