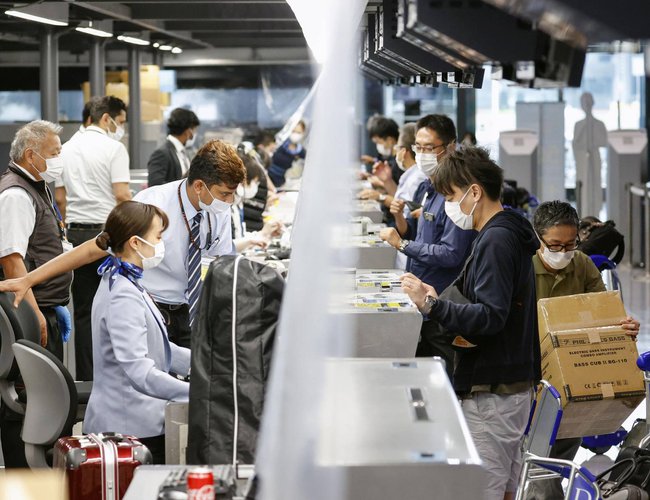 Representatives of organizations that support foreign residents in Japan have met online to discuss the impact of the country's denial of new arrivals.

The government imposed the measure late last month as part of efforts to prevent the spread of the Omicron variant of the coronavirus.

Ezoe Takahide, principal of a Japanese-language school in Tokyo's Shinjuku Ward, spoke at the meeting on Thursday.

Ezoe said schools like his have supported Japanese-language education for many foreign nationals. But he warned that such schools may disappear, as few foreign students have been allowed to enter the country for some time.

Senior official Aoki Sho said some foreign trainees have canceled plans to come to Japan, as they do not know when that will be possible. He said they have opted to go to other countries, such as South Korea, instead.

Among other concerns raised were the denial of entry to foreign spouses of Japanese people, and the steep decline in highly skilled foreign workers coming to Japan.

The meeting participants plan to compile their opinions and submit proposals to the government on allowing new foreign arrivals.

Over 1,500 Die In Devastating Earthquake In Turkey By Agencies 5 hours, 11 minutes ago