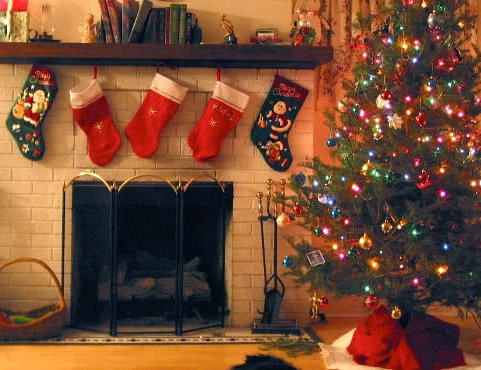 Christmas is a time of joy and warmth; it means being around with family and celebrating the holy festival. Check out the date, history, importance and significance.

2021 has again been a rough year keeping the pandemic in mind. But Christmas is said to be the most wonderful time of the year when people across the world come together to celebrate the birth of Jesus Christ. Each year, on Christmas, families come together, celebrate and indulge themselves in parties. Christmas is not only the celebration of the birth of Jesus Christ, but also the spirit of giving and affection celebrated across faiths.

Like every year, Christmas 2021 will also be observed and celebrated on December 25. The festival of Christmas will bring hope and joy even in the middle of the ongoing pandemic and new strains threatening lockdown.

Christmas is celebrated to remember the birth of Jesus Christ. Christians believe that Jesus Christ is the Son of God.

The name Christmas comes from the mass of Christ. A mass service is where Christians remember that Jesus died for us and then comes back to life.

The Christ-mass service is one service that is allowed to take place after sunset. Hence, Christ-Mass became Christmas as a shorter version.

Christmas is one of those festivals that is celebrated by all whether they are Christians or not. It is a time when family and friends come together and remember the good things they have.

Christmas is celebrated as one of the biggest festivals which is observed all over the world. It is celebrated from Christmas eve and continues till December 26.

The birth of Jesus Christ marks the utmost importance for Christmas as they believed that God had sent his son on earth as a sacrifice to redeem the people of the world from their sins.

Christmas is a Christian holiday commemorating the birth of Jesus Christ. It is celebrated every year on December 25 with the exception of some Eastern churches which use the older Julian calendar. Nowadays Christmas is also celebrated by a large number of non-Christian people around the world as a cultural event. In many countries it is a public holiday. As of 1870 Christmas is observed in the United States as a federal holiday.

Due to its long history and the enormous popularity there are countless customs and traditions associated with Christmas. Some of them are well-known throughout the world, while the other are limited to specific countries and regions. The most popular involve Christmas Tree and special decorations like Advent wreaths, mistletoe, representations of Nativity scene and colorful lights. Family gatherings, special meals, singing Christmas carols and gift-giving are also an inseparable part of Christmas. And we cannot forget about the figure of Santa Claus who brings gifts to the well-behaved children on Christmas Eve.

Bible does not mention a specific date for Jesus' birth [1]. Most historians believe he was born in the spring, hence the description of shepherds herding animals. The date of December 25 for the Feast of the Nativity was set by the Western Christian Church (Pope Julius I) by the early-to-mid 4th century. It coincided with the pagan celebrations of the birthday of Mithra in the Roman cult of Mithraism. The date of December 25 is also close to the date of winter solstice which was celebrated in many European pagan cultures.

Modern Christmas tree tradition can be traced back to 16th-century Germany with the first documented Christmas tree found on the sculpture of a private home in Alsace (then part of Germany, today France), dating 1576 [3]. In the United States, the first Christmas trees appeared in Strasbourg (Pennsylvania) in the 17th century with the arrival of German immigrants. The custom spread across the country in the second half of 19th century [2].