The Soviet Union's Demise Should Not Be Blamed On His Policy: Mikhail Gorbachev

The Soviet Union's Demise Should Not Be Blamed On His Policy: Mikhail Gorbachev 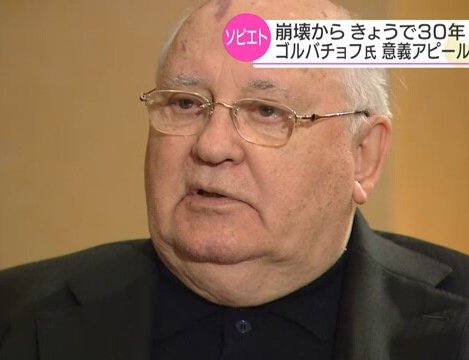 Former Soviet leader Mikhail Gorbachev has stressed the importance of continued dialogue amid tensions between Russia and the United States over Ukraine.

Russia's Interfax news agency carried a written interview with the 90-year-old Gorbachev on Friday, one day before the 30th anniversary of the fall of the Soviet Union.

The world's first socialist country maintained one-party rule by the Communist Party from its foundation in 1922.

Gorbachev resigned as president of the USSR on December 25, 1991, ending its 69-year history.

In the interview, Gorbachev said that without his relations with Western leaders, including personal ties, the Cold War, the arms race and regional conflicts around the world could not have ended.

Gorbachev also referred to the current international situation. He said serious talks on nuclear weapons and European security have finally begun, adding that it is necessary to expand the agenda and continue dialogue even in difficult times.

Many people in Russia say Gorbachev is to blame for the collapse of the USSR. In a survey released by an independent polling firm on Friday, 63 percent of respondents expressed regret over the dissolution.

Gorbachev said the Soviet Union's demise should not be blamed on his policy of perestroika, or restructuring, stressing that it allowed people to enjoy many rights and freedoms, such as those of speech and assembly.