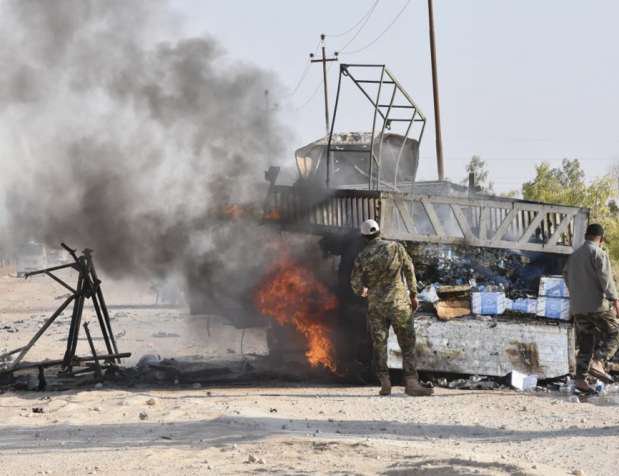 A suspected drone attack targeting an oil facility in Abu Dhabi, the capital of the United Arab Emirates, has killed three people. Houthi rebels in Yemen have claimed responsibility. The UAE backs forces fighting the rebels.

The dead were two Indian nationals and one Pakistani. The attack also left six others wounded. Police suspect a drone was used in the assault.

An investigation is underway into a possible link between the attack and a fire that broke out on the same day in an area of Abu Dhabi International Airport that was under construction.

A spokesperson for the Houthi group said in a video statement released on Monday that the rebels used five ballistic missiles and multiple drones in attacks on airport and oil facilities.

The Houthis had rarely attacked the UAE, a member of the Saudi-led coalition fighting in Yemen. Most of their drone and missile attacks were aimed at Saudi Arabia.

The UAE's foreign ministry denounced the attack as a criminal act.

Japan To Lower COVID-19 Classification On May 8 By Agencies 3 hours, 10 minutes ago

Western Allies Free Up Leopard 2 Tanks For Use In Ukraine By Agencies 2 days, 3 hours ago