New Cases Of Coronavirus Remain High In US

New Cases Of Coronavirus Remain High In US 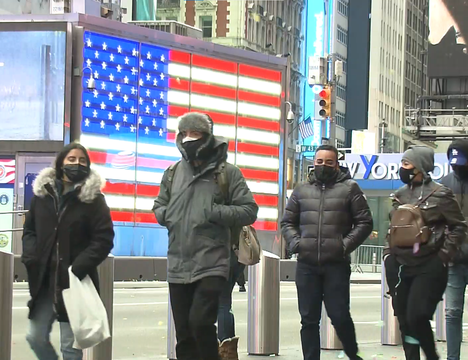 The daily tally of new cases of coronavirus infection in the United States remains high at more than 700,000, creating staff shortages at schools and hospitals.

The daily national count of confirmed new infections has surpassed 1 million on some recent days.

The figure has been continuing to surge in southern, midwestern and western states in contrast to a downtrend observed since mid-January in the eastern state of New York and elsewhere.

The Centers for Disease Control and Prevention says as of Wednesday, the seven-day average of new cases in the US stood at more than 740,000 while that of new hospital admissions hovered above 20,000.

National Guard personnel have been helping with non-medical jobs at hospitals across the western state of Oregon to lessen the burden on medical professionals.

Parents of students have been teaching classes at some schools in the southern state of Texas due to the spread of infections among educational staff.

The CDC predicts that the coronavirus will continue to spread across the US, raising the possibility that about 61,000 more people could die from the virus over the next four weeks

Japan To Lower COVID-19 Classification On May 8 By Agencies 5 hours, 18 minutes ago

Western Allies Free Up Leopard 2 Tanks For Use In Ukraine By Agencies 2 days, 6 hours ago