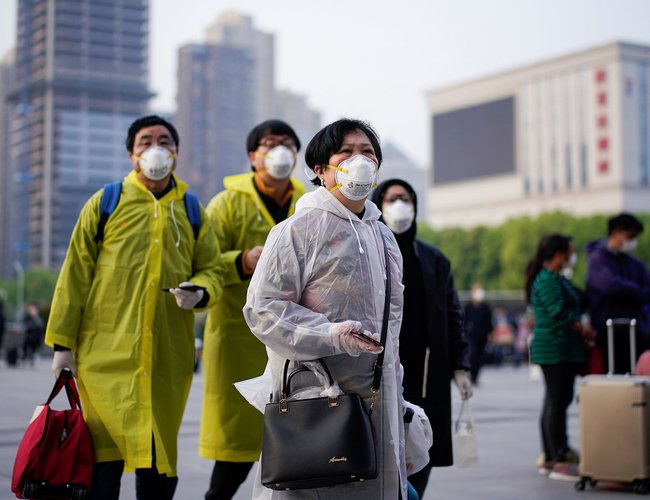 Sunday marks two years since China imposed a lockdown on the city of Wuhan to bring the coronavirus outbreak under control.

The lockdown on Wuhan in Hubei Province came amid the world's first confirmed outbreak of COVID-19 in the city. The measure lasted for two-and-a-half months.

Wuhan's health care system collapsed due to a surge in the number of coronavirus patients.

Authorities say that as of April 2020, more than 3,800 people had died of the disease in the city. But they say no community transmission of the virus has been observed in the city since last August.

The central government has been maintaining a "zero-COVID" policy to prevent the spread of the virus. It involves large-scale PCR testing and lockdowns on areas where infections have been reported.

Authorities implemented a de facto lockdown on the city of Xi'an in Shaanxi Province last December. The city has a population of about 13 million, making the measure equivalent to Wuhan's in the number of people affected. The lockdown remains in effect in part of Xi'an.

Authorities also sealed off some areas of Beijing, the nearby city of Tianjin, and elsewhere after cases of the Omicron coronavirus variant were detected there.

Officials are now scrambling to contain infections ahead of the Beijing Winter Olympics, whose opening ceremony takes place on February 4.

Japan To Lower COVID-19 Classification On May 8 By Agencies 4 hours, 17 minutes ago