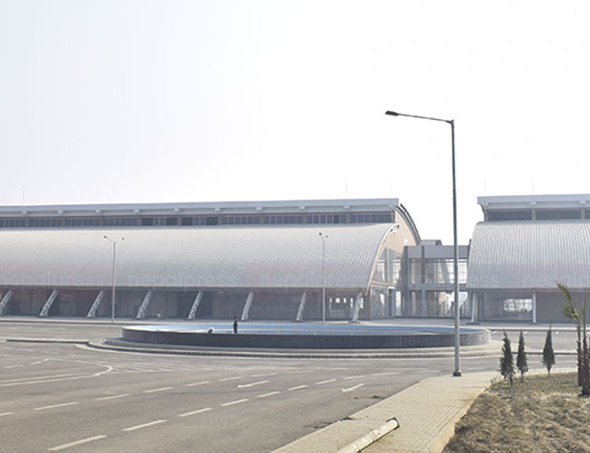 Prabesh Adhikari, project chief of Gautam Buddha International Airport said that the airport is ready for a test flight. He said that the date of handing over the project will be fixed on the day of the test flight reports The Rising Nepal.

Constructed under financial support of Asian Development Bank (ADB), the date of the test flight has to be fixed by the Civil Aviation Authority. Northwest Civil Aviation Airport Construction Group, a Chinese contractor in charge of making the airport of international standard, had started the construction work from January 15, 2015, by signing an international competitive bidding (ICB-1) for the first phase of the work.

Out of over The government of Nepal has invested 37.4 per cent and ADB 62.6 per cent of the total amount. The completed airport has now got a 12th level general manager.

ICB-1 has 3,000 metres of runway, four-link taxiways, a parking capacity for up to five international ships, a terminal building, an administrative building, a control tower, a fire control building, a water tank, an iron fence, a canal, and a parking lot with a capacity of 500 cars. The work on car parking, electrical work, work including terminal building equipment and taxiway have all been completed now.

The construction work of Gautam Buddha International Airport, in Bhairahawa, a national pride project, has been completed.

After completing all the work under ICB-1 and ICB-2, the airport is now waiting for the test flights.

Austrian technicians are currently at the airport to train the technical team on test flights. Similarly, Thai technicians have also started training there.

The AEP has informed that the technicians will return only after the completion of the test flight.

Govinda Prasad Dahal has arrived at the airport as its General Manager. Dahal said that final preparations were being made for the operation of the airport. He said that Aero Thai technicians had come from Thailand for the study and that a test flight could take place about a month after their report reports The Rising Nepal.

More Than 55,000 Foreign Tourists Enter Nepal Via Plane In January By Agencies 3 days, 18 hours ago

POKHARA INTERNATIONAL AIRPORT Inaugurated With Fanfare By A Correspondent 2 weeks, 5 days ago

OPENING CHINA Concern for Nepal By A Correspondent 2 weeks, 5 days ago

CAAN Has Taken Technical Tests On All ATR Aircraft By Agencies 2 weeks, 5 days ago